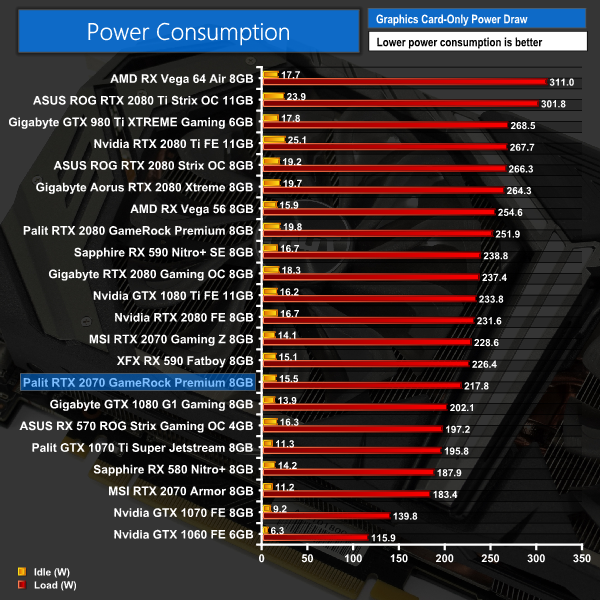 Power consumption is pretty much as expected from an overclocked RTX 2070, with the card drawing almost 220W when running 3DMark Fire Strike Ultra. This is about 10W less than the Gaming Z, but about 35W more than the stock-clocked Armor 8G 2070.