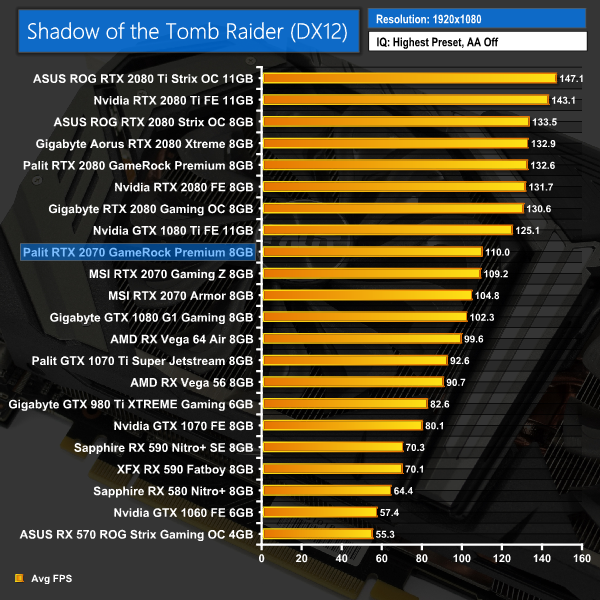 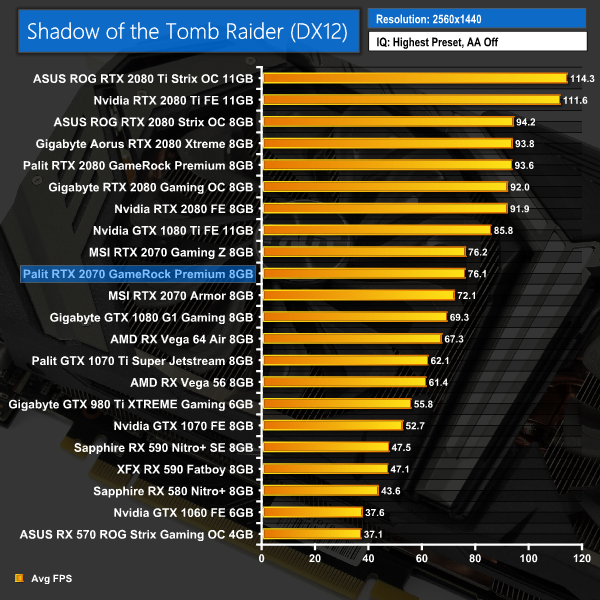 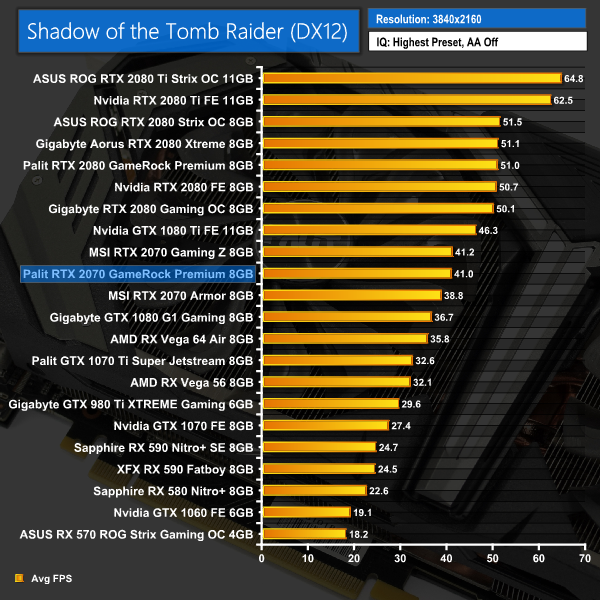 Our last game today, Shadow of the Tomb Raider has the Palit ahead at 1080p – by 0.8FPS – but the MSI Gaming Z pulls ahead at 1440p and 4K, with just a very small lead at those two resolutions.