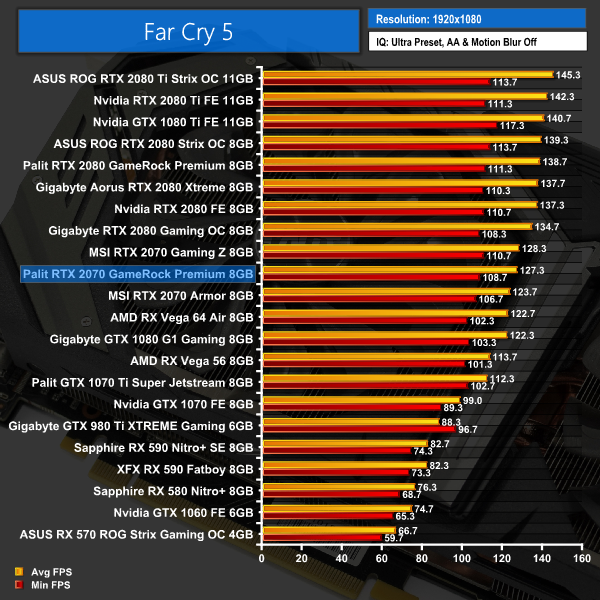 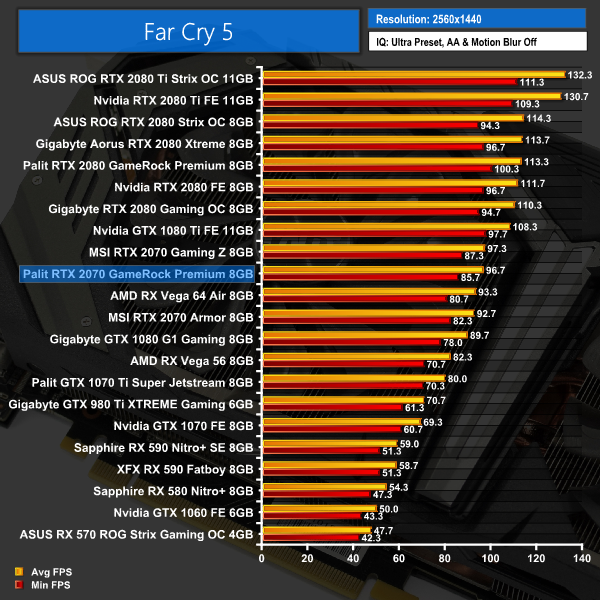 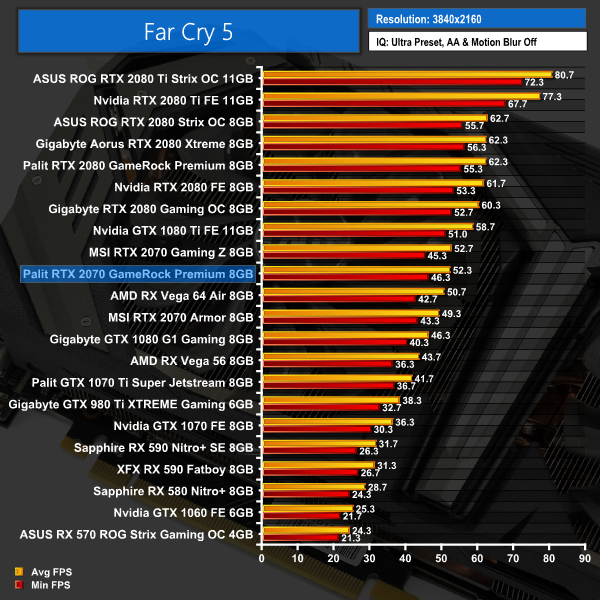 Far Cry 5 again shows the Gaming Z to be the marginally faster card, with the difference just 1FPS at 1080p. The Palit still averages over 50 fps at 4K, though, which I’d say is more than enough for a smooth gaming experience.