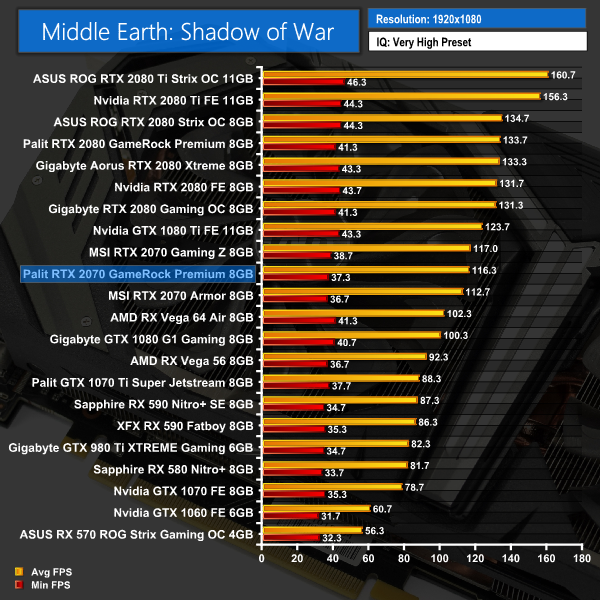 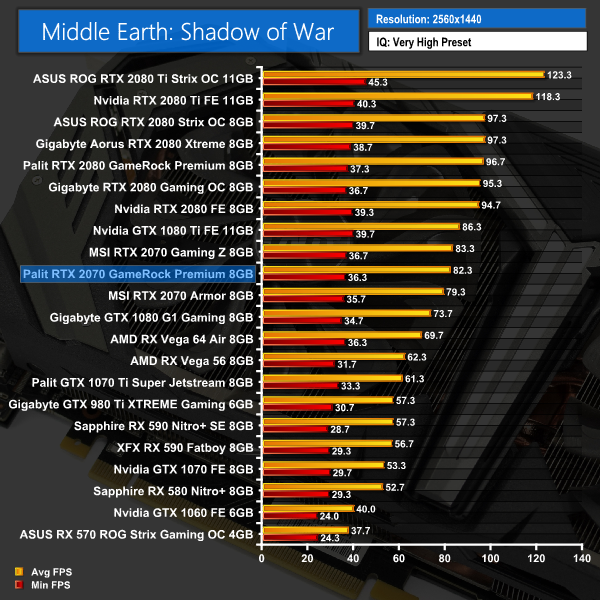 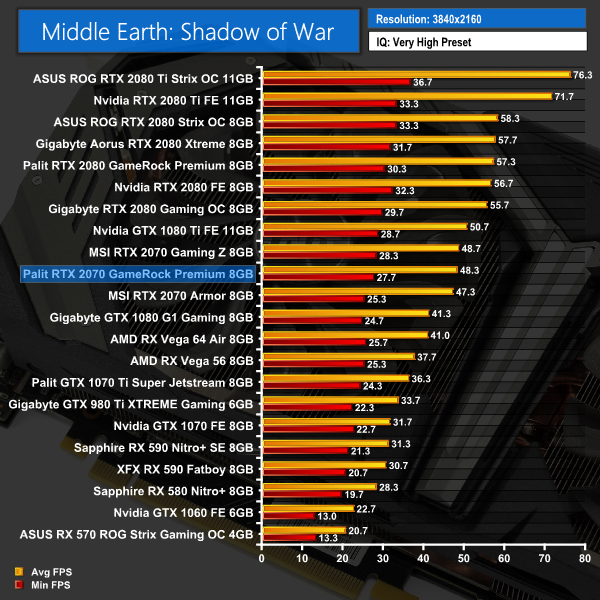 Middle Earth: Shadow of War restores the Gaming Z’s lead, with a 1FPS gap at 1440p being on show. Clearly, performance is very hard to split between these factory overclocked RTX 2070 cards.