Where Should You Keep Your Crytpocurrency?

So far, we have worked out what kind of hardware is currently best for mining, and mined some cryptocurrency. But what should we do with our cryptomillions next? All cryptocurrency value is kept as a transaction record on the blockchain. But you need some method of interfacing with the blockchain, and this comes in the form of a virtual wallet, which is usually a service provided by a third party.

As we mentioned earlier, NiceHash has its own internal wallet, so you can deposit the cryptocurrency you earn within the same system, although you can use other wallets as well. Just depositing from the miner to the internal wallet elicits NiceHash taking a cut, and this will only be the first piece of your cryptocurrency pie you will need to share with intermediaries as you try to extract the value you have accrued for buying something useful. 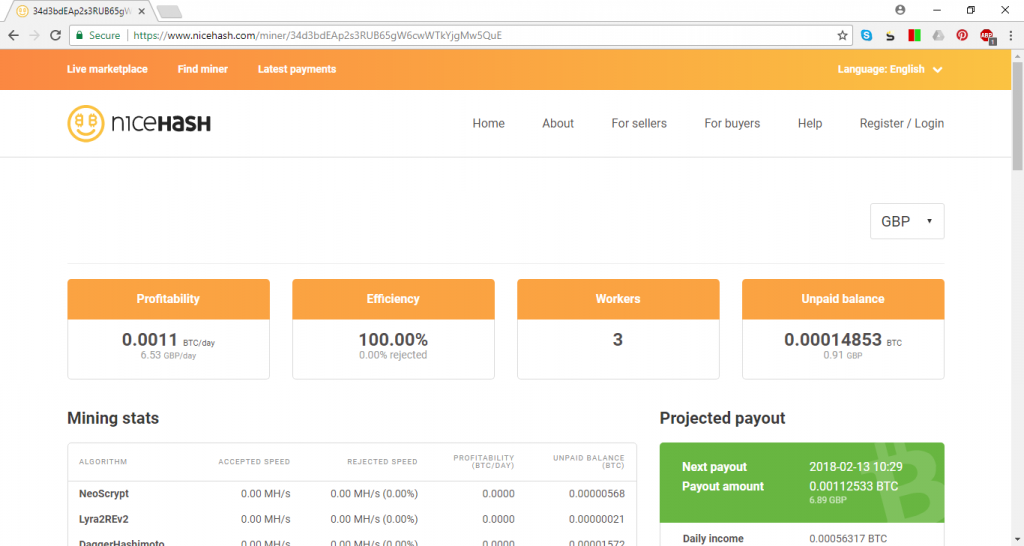 Mining payouts to NiceHash’s internal wallet will incur a two per cent charge, and if you transfer less than 0.1 Bitcoins to an external wallet it will be five per cent, although this drops to three per cent above 0.1 Bitcoins. Unless you spend your Bitcoins directly (about which more shortly), you will need to use an exchange to turn your cryptocurrency into “fiat” currency (ie one backed by a government).

At the beginning of this feature, we explained how money was derived from exchange of actual material goods, which is something that seems to get lost in many financial discussions despite its obviousness. This is particularly the Achilles Heel of Bitcoin. At the beginning of January 2018, one of the most seamless methods for using Bitcoins to buy actual things was shut down. Visa stopped supporting Bitcoin, which in turn prevented BitPay, Cryptopay and Bitwala from providing Visa-related services.

In particular, this included the ability to load a pre-paid debit card with local fiat currency purchased using cryptocurrency. This could be a virtual Visa debit or even a physical card you could use in an ATM or shop. Fees were involved along the way from mining wallet to prepaid Visa debit card. But at least this meant there was a relatively streamlined route towards using your mining earnings to buy actual stuff, such as chickens or cows.

Sadly, that route has now been closed, and everywhere you turn the options are being made harder and more expensive. The established finance industry has taken an increasingly negative stance towards cryptocurrency, particularly after the furore around Bitcoin’s value hitting $20,000. We will be looking at the options that still existed at the time of writing in the next section, using our own mining profits as a test case. But there’s another problem to consider first.

Aside from the considerable difficulty of turning cryptocurrency into cash you can actually spend, there is also the issue of security. We will return to this theme at the end of this feature when we focus on the many structural problems currently facing cryptocurrency and blockchain technology, but for now consider how the huge losses from the numerous exchange hacks have become headline news. We’ve already mentioned the NiceHash loss at the end of 2017, and just a month later, hackers stole $400 million of the NEM cryptocurrency from Coincheck in Japan.

This is nothing new. One of the first and earliest successes in the exchange business, Mt. Gox, lost a whopping 850,000 Bitcoins in February 2014. At the time, this was worth $450 million, but when Bitcoins hit $20,000 a few months back, it would have been valued at $17 billion – more money than Facebook’s annual revenue. Lack of security appears to be a recurring theme with Bitcoin and cryptocurrency in general.

Any exchange-based wallet is potentially susceptible to this kind of attack, particularly considering the immense on-paper values involved, and here cryptocurrency’s strength is also its weakness. Without any government backing or regulation, there’s nothing you can do if your exchange wallet is hacked. You can’t even take advantage of the £85,000 of protection available to bank accounts in the UK.

The alternative is to host your own “cold” wallet. But this is not for the faint hearted. It involves keeping a copy of the ENTIRE blockchain on your own local machine or storage device. At the end of 2017 the Bitcoin blockchain exceeded 150GB in size. This is another problem factor we will be discussing at the end of this feature. But the sheer size of the Bitcoin blockchain means only the very technically savvy should even consider it. You’re also then entirely responsible for your own security. You may want to invest in a serious safe and keep your blockchain storage locked in there when you’re not updating it with more funds. This is heavily ironic, when cryptocurrency is supposed to be money separated from governments and the physical world in general.