Calculating the Potential Profits, If Any

Throughout this feature, we have stressed the importance of power consumption when considering whether mining is going to make you any money. For this portion of the feature, we used the Armari Magnetar S16T-RW850G2 workstation that is mentioned in the testing section. 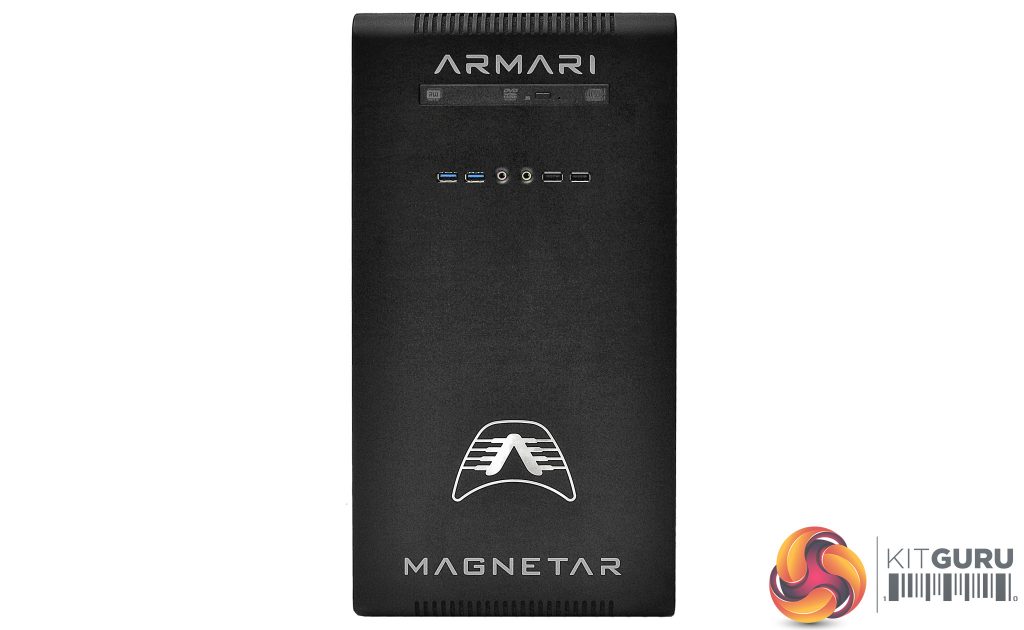 For our long-term mining, we ran 16 threads on the AMD Ryzen Threadripper 1950X, which results in 50 per cent utilisation, and used MSI Afterburner to reduce the AMD Radeon Vega Frontier Edition to 80 per cent of its maximum power. The Threadripper only has enough Level 3 cache for 16 threads, but in the case of the Vega Frontier Edition we were trying to avoid long-term damage to the card from running it at 85C for days on end. At 80 per cent power it runs at 65C.

When both CPU and GPU were fully utilised in mining (within the limits above), the overall system was consuming 343W on average according to our external power meter, for a total of 8.232kW per day. Our electrical supplier charges 15.72p per kWh plus five per cent VAT. So a day of electrical usage costs £1.36. 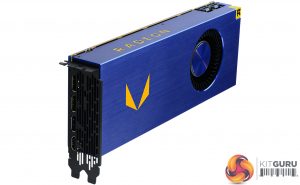 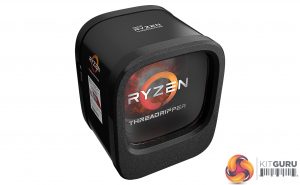 Over a typical three-day cycle between payouts, this system was earning 0.00041813 Bitcoins per day. The value of a single Bitcoin varies greatly over a day – sometimes by as much as 20 per cent – but as a reference, at the time of writing this particular paragraph it was £6,035.23 per Bitcoin. In other words, our system was earning £2.52 a day.

Deducting electricity costs, our profit was therefore £1.16 a day – enough for a packet of crisps and a can of soft drink from your local supermarket. But at least we’re making a profit.

Fortunately, the next stage – transferring to the Coinbase exchange – is free. However, because of the minimum transfer to Coinbase was 0.004 Bitcoins at the time due to the API traffic, we transferred ten days’ worth, which was 0.004097674 Bitcoins. 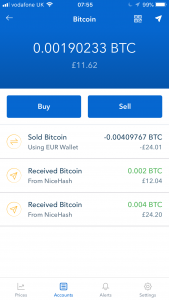 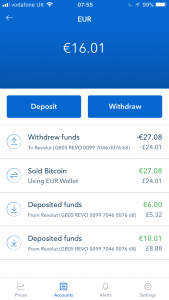 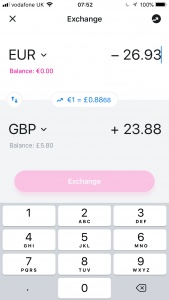 Transferring this quantity to Euros within Coinbase was performed at a rate of €6852.67per Bitcoin, and we also paid a Euro for the privilege, giving us €27.08 Euros in our Coinbase Euro wallet. Transferring this to Revolut then cost  €0.15 and took three days to clear, giving us a final payout of €26.93.

In other words, we are making some money out of mining, assuming negligible wear on our hardware. Over a year, this could be a profit of £375.22, which is starting to sound more worthwhile, and if Bitcoin values go up the profits could increase.

That’s enough for a weekend away, and certainly could buy quite a few whole chickens, though only about a sixth of a cow.

We should also say a few words about how much money you could make with our three example graphics card contenders. We will be using the reading from NiceHash found in the testing section for how much money each was making. The question is, how long will it be before the hardware pays for itself?

These calculations show again why the RX 470 is such a popular mining card. The daily profitability is similar across all three cards, with the RX 580 top, RX 470 second, and GTX 1060 third, and just a few pence between them. But the low cost of the RX 470 means you that you turn a profit much more quickly, after which power is the only expense, so you’ll make more money in the long run with this card than the other two.

Whilst the days of mining to become a cryptocurrency millionaire might be over, unless you have the capital for a datacentre full of hardware, you can certainly make some money out of it. However, there are still some issues to be aware of, which we will cover in our concluding section.