What Is Money Anyway?

Before we delve into the practicalities of cryptocurrency, we thought it would be a good idea to understand exactly how it works and why it exists. To do so, we should also consider why we have money in the first place. Before money existed, if I had a cow and you had 40 chickens, we could agree on an equivalence between them and do an exchange – maybe 30 of your chickens were worth my cow, or one chicken for a pail of milk.

But, obviously, if I had to bring my cow to you and you had to bring your chickens physically to the same place, things could get a little noisy. Also, what if I wanted to exchange my cow for some of your chickens and some potatoes from another farmer? This would be difficult without chopping the cow up, which would inadvertently affect its health. 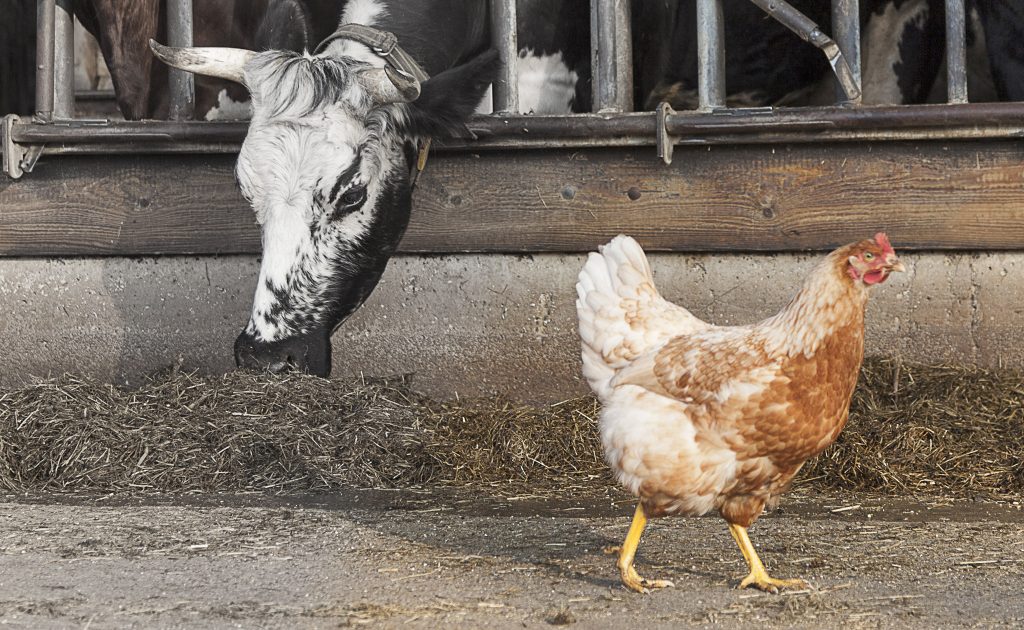 A much easier system would be one where the value of my cow was represented by tokens of some sort, a bit like the way the word cow refers to a cow without actually being a cow. Obviously, if we just used some sticks then any charlatan could get some sticks and pretend they’d got these for their own cow and get some chickens, when all they did was pick them up in the forest. For this reason, it seemed like a better idea to make these tokens of value out of something that was rare and hard to find, like a precious metal.

This is still missing one element, however. Tokens of value, even ones made out of precious metal, aren’t going to be very useful if you show up to buy some chickens and the chicken owner tells you they don’t recognise your tokens of value as being worth anything and so won’t even give you an egg in return for them. 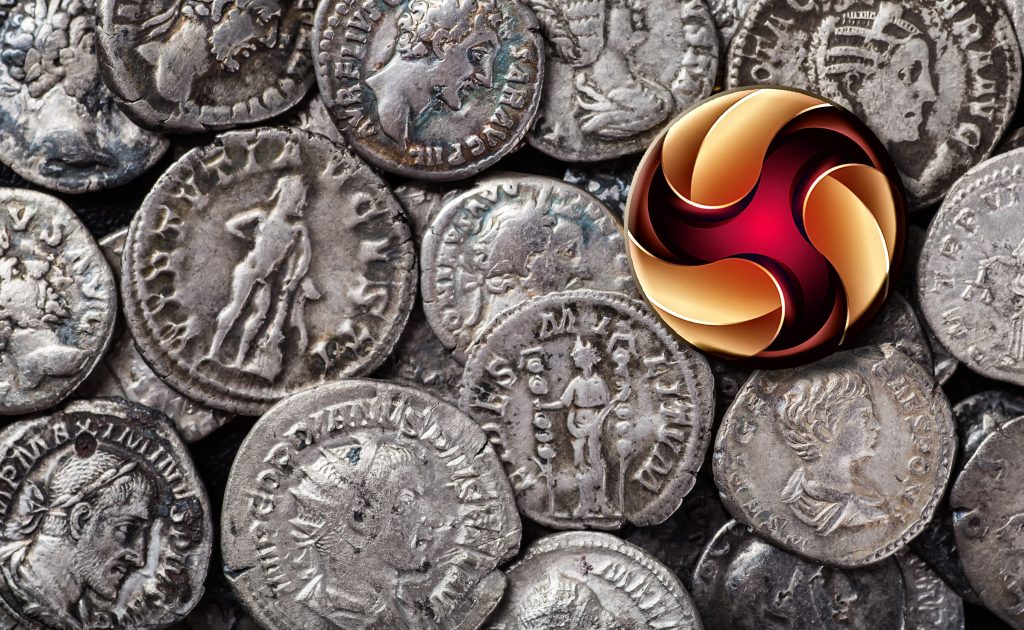 This is why our classic tokens of value, coins made out of a precious metal, have the symbol of a government or empire on them. If someone denies the value of the coins, the government in question can send the troops round to explain forcibly, using weapons, that actually the person is mistaken. They really should be willing to exchange chickens for coins, unless they fancy having their chickens stuffed where the sun don’t shine, rather than vice versa.

Once you’ve separated the value part of the token of value from the fact that it’s made out of something rare and exotic like silver or gold, you’re left with the guarantee from the government that issued it. So long as you can trust that the government was the source of the token, and it wasn’t like the sticks we mentioned earlier, a token of value could be anything that resists counterfeiting. It could be a specially printed and sealed bit of paper, or simply a mark on a ledger kept under secure protection by the government or a trusted third party.

With the advent of digital networks, the record of who has what amount of value stopped needing to be represented by a pile of gold coins, paper notes, or a physical ledger. It could be a number in a database. But the value still effectively came from state backing. Although the database will be held by a third party like a bank, the value will be stated in a currency issued by a government. The thing that ensures the value of that currency is still the threat that troops will come round and insist upon it, although they would probably be using more potent weaponry than they did when it was all about cows and chickens.

This is still where we are today with mainstream money. You could still swap cows for chickens directly, and use gold coins and paper notes. But most of our transactions are simply a secure transfer of data values that represents an exchange of value between people. If the government backing that value gets into trouble, then so does the value. In this context, a new idea emerged about what money could be, inspired by the way the Internet appears to have transcended governments and become something global. This was what became cryptocurrency, blockchain, and Bitcoin.