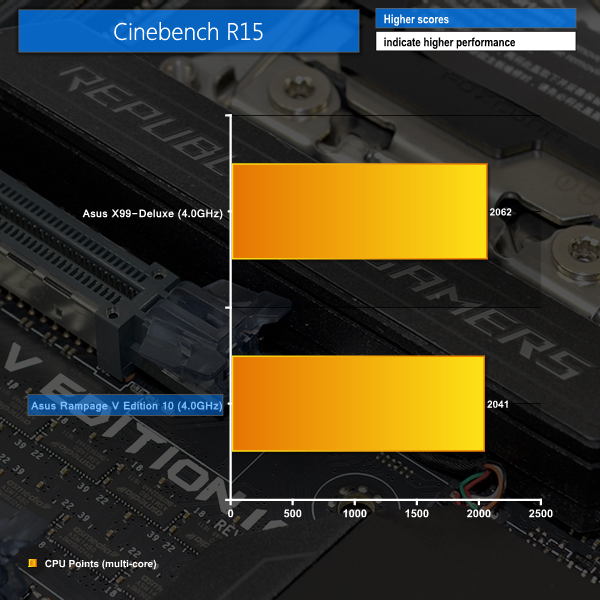 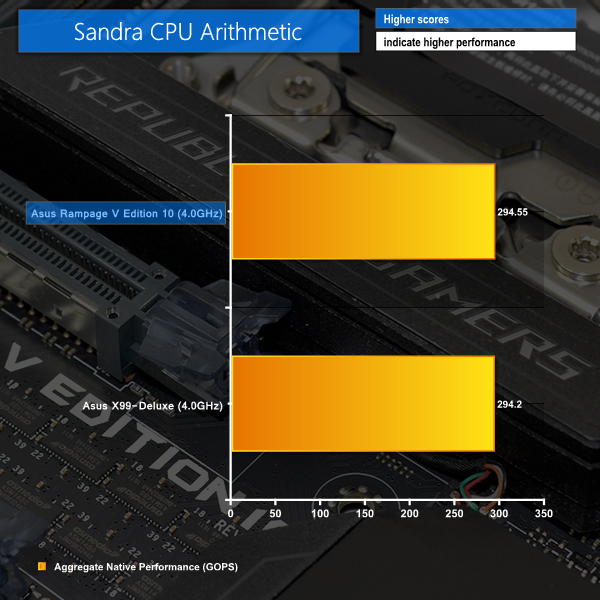 Handbrake is a free and open-source video transcoding tool that can be used to convert video files between different codecs, formats and resolutions. We measured the average frame rate achieved for a task of converting a 1.72GB 1440P ShadowPlay game recording using the High Profile setting and MP4 container. The test stresses all CPU cores to 100% and shows an affinity for memory bandwidth. 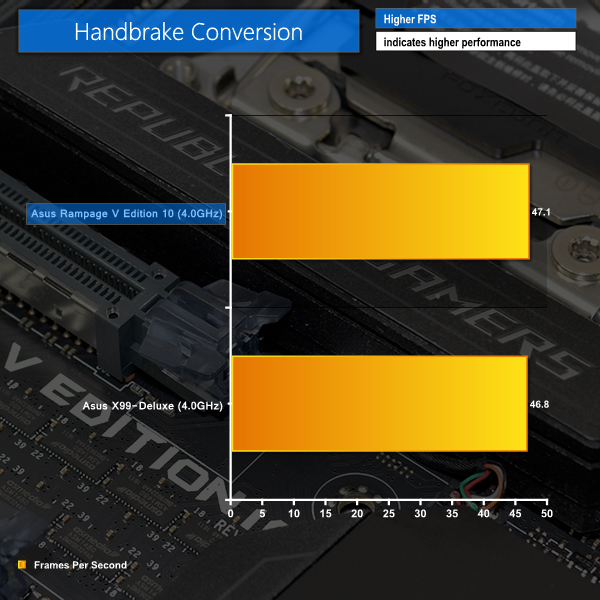 Scores in the CPU-heavy workloads are where one would expect. The pair of Asus boards offer almost identical performance.