We use Plextor‘s fast M6e 256GB M.2 SSD to test the speed of a motherboard’s M.2 connector. We reviewed the 512GB Plextor M6e (and its PCIe x2 adapter card) HERE. Unfortunately we do not have access to a higher-speed SSD to push the M.2 connector’s performance limits. 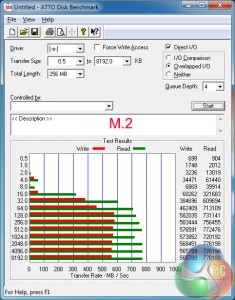 Plextor’s M6e was able to reach its full operating speed without hindrance. The drive is unable to saturate a 10Gbps M.2 link, but upcoming faster alternatives will be bottlenecked by Gigabyte’s M.2 connection speed. 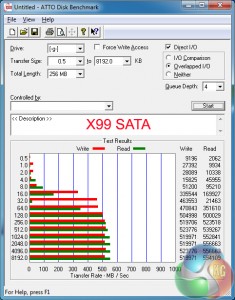 The X99-fed SATA 6Gbps ports are acting as they should, without any notable speed deficiencies. 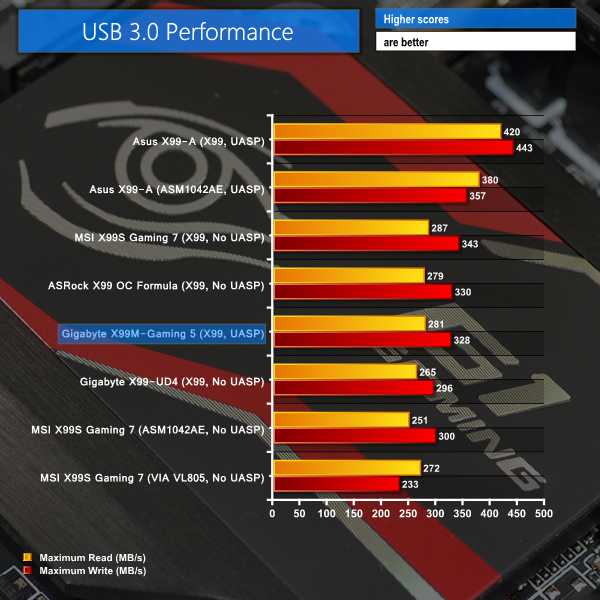 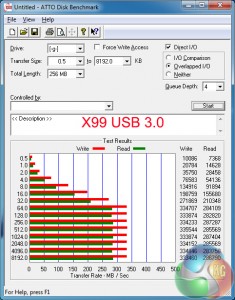 RMAA reports Gigabyte’s ‘G1 Audio‘ solution as having Very Good performance. The dynamic range and noise level performance is very strong, although the THD + Noise numbers aren’t quite as strong as those provided by some MSI and Asus competitors.