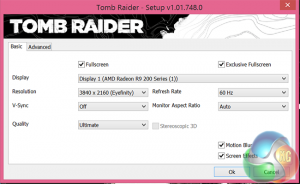 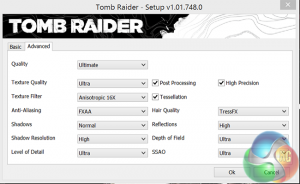 We use the highest image quality settings possible, at Ultra HD 4K resolution. 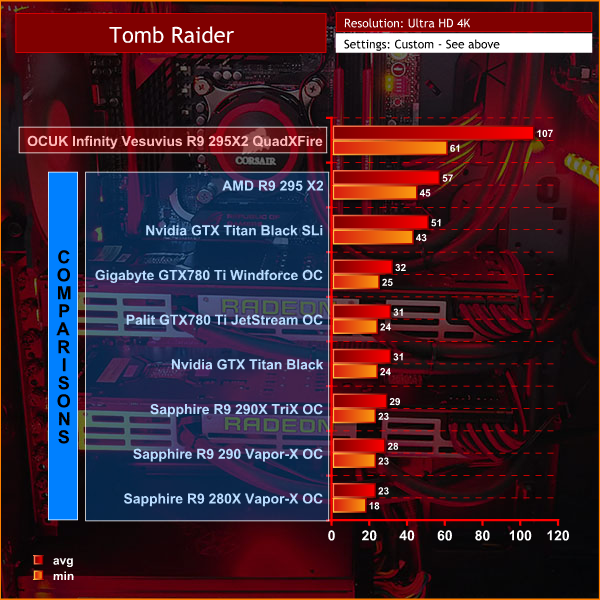 Tomb Raider is a fantastic game, both in terms of visual quality and gameplay. We had a good experience with a single R9 295 X2, however the OverclockersUK “Infinity Vesuvius” R9 295X2 QuadXFire system pushes the frame rates into a completely new stratosphere. If you like to maintain a constant 60 frames per second at Ultra HD 4k with maximum image quality settings then this is the only system we have reviewed that can do it.