The final game being brought up to the KitGuru chopping block is Dirt 2, a racing simulator. This isn’t the latest title in the franchise but the graphical fidelity still holds up nicely to this day. 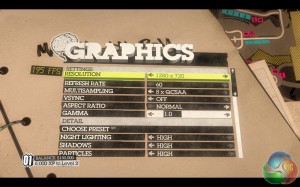 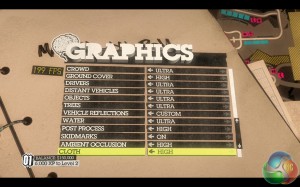 As you can see, Dirt 2 also defaults to 720p resolution but cranks up all of the details and effects. Dirt 2 unfortunately does not have an in-built benchmark so much like with Trine 2, we are unable to give you an average frame rate reading.

If you thought my fighting skills were bad, then you clearly haven’t seen my racing yet. The last and only racing game I ever played seriously was Need for Speed: Carbon- which came out in 2006. It is pretty safe to say that I’m not a big racer.

Fortunately for me, we aren’t here to see world class rally driving, we are just observing how cloud gaming performs.

While playing through Dirt 2, there was some gameplay stutter and audio breakage. Once again, it wasn’t game breaking to the point where I wanted to quit, like with Arkham City- but it was distracting and thus detracted from the overall experience.

Is cloud gaming viable for racing simulators? Unfortunately, based on these tests, I can’t say it is but much like with Trine 2, I can tell that Nvidia is close to perfecting the experience- it just isn’t quite there yet.