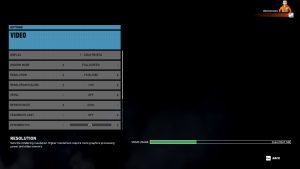 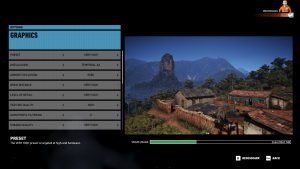 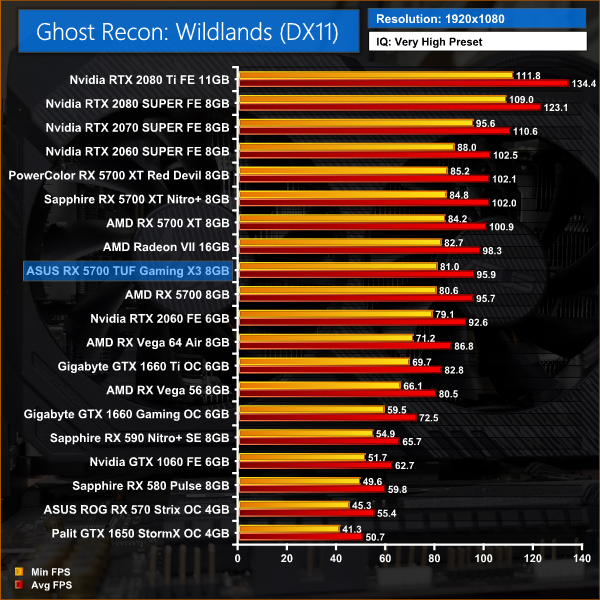 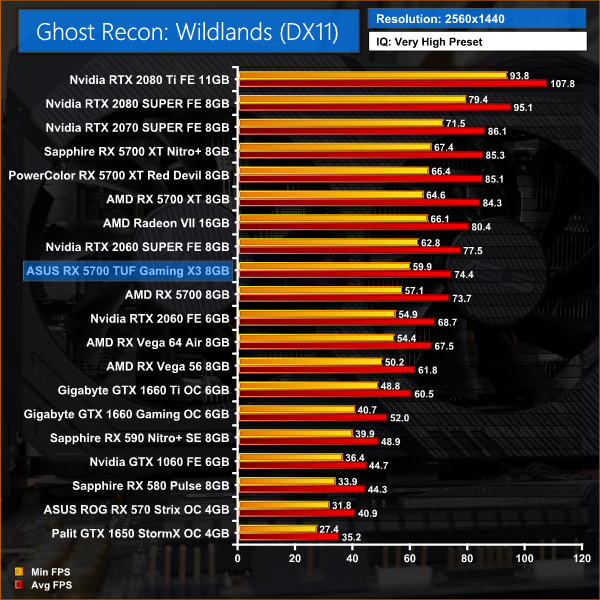 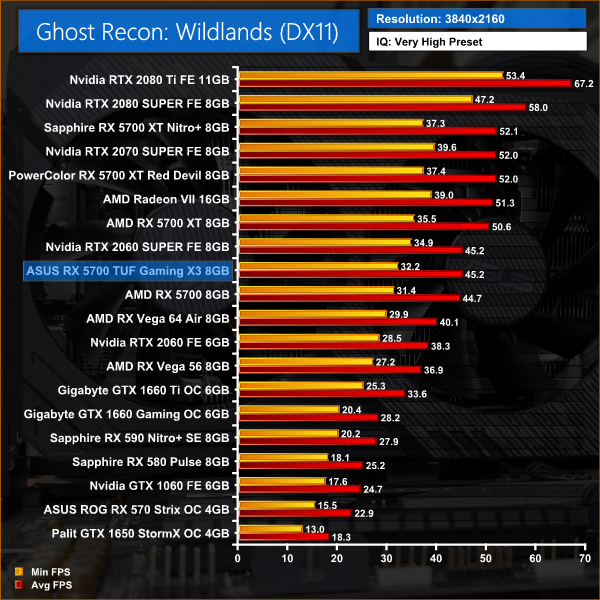 Ghost Recon Wildlands shows some of the smallest differences between ASUS' factory overclocked card, and the stock-clocked reference design. At 1080p and 1440p, there's less than a single percentage point in it.