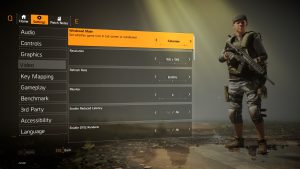 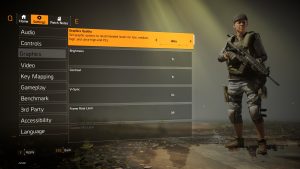 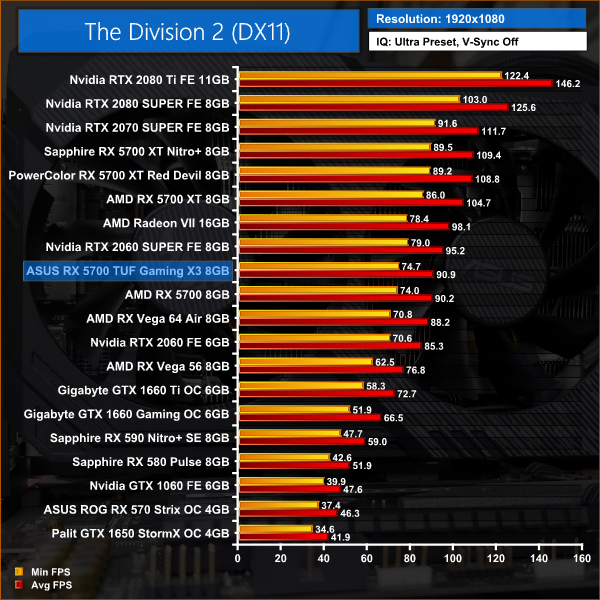 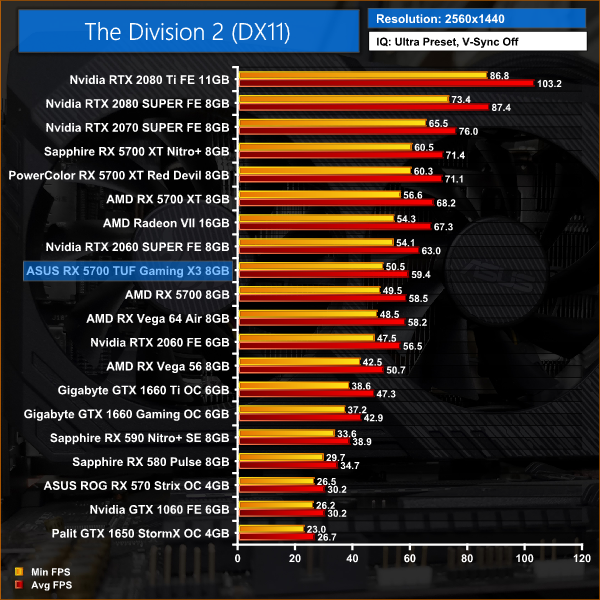 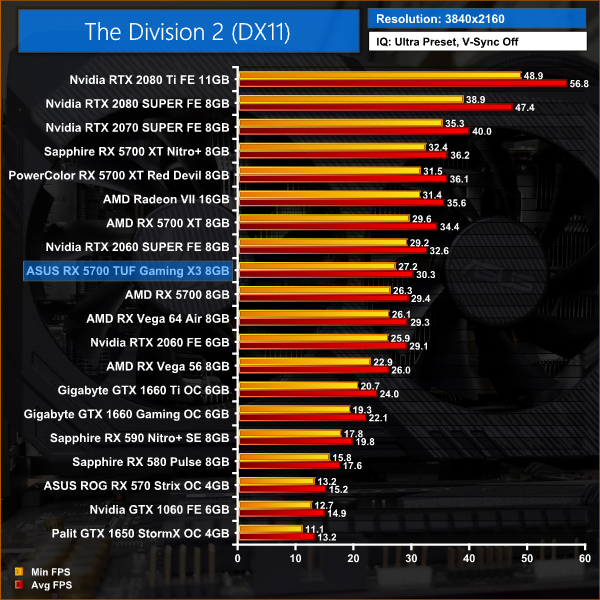 Things carry on in a similar vein with The Division 2, a new addition to our roster. Here, the TUF Gaming card proves 2% faster than reference at 1440p, which works out at less than a single frame.