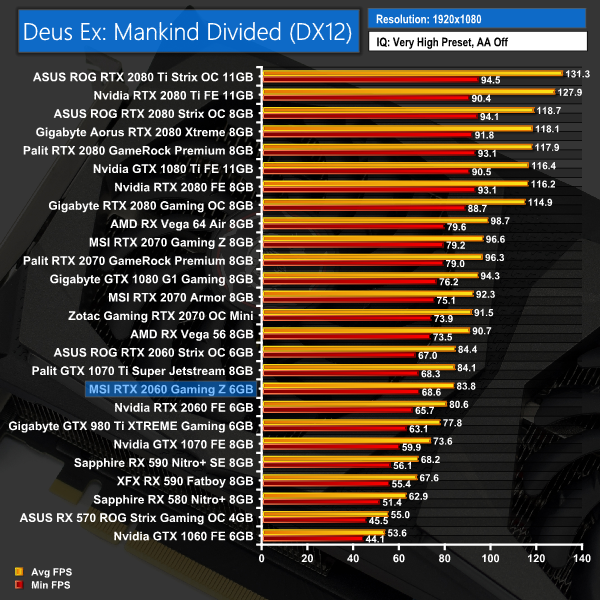 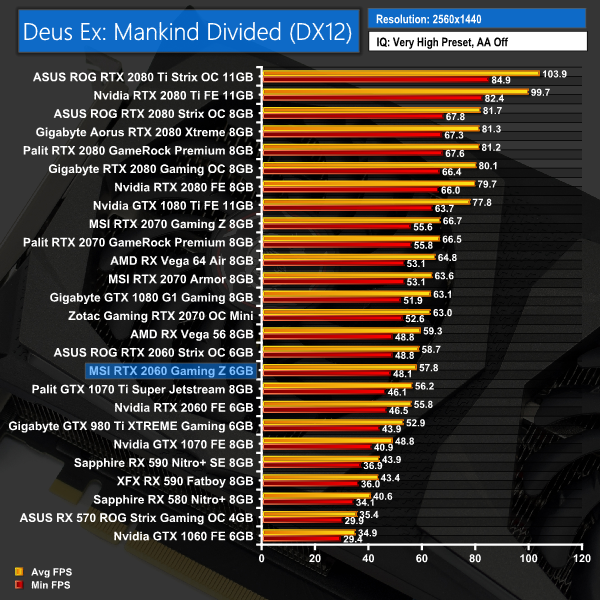 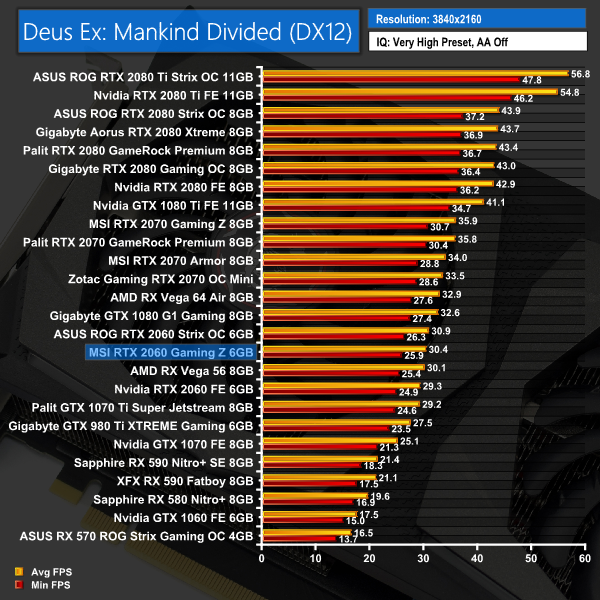 In our first game of the day, the Gaming Z definitely performs closer to the ASUS Strix 2060 than it does to the Nvidia Founders Edition, thanks to its factory overclock. That being said, the Strix is faster across all three resolutions.