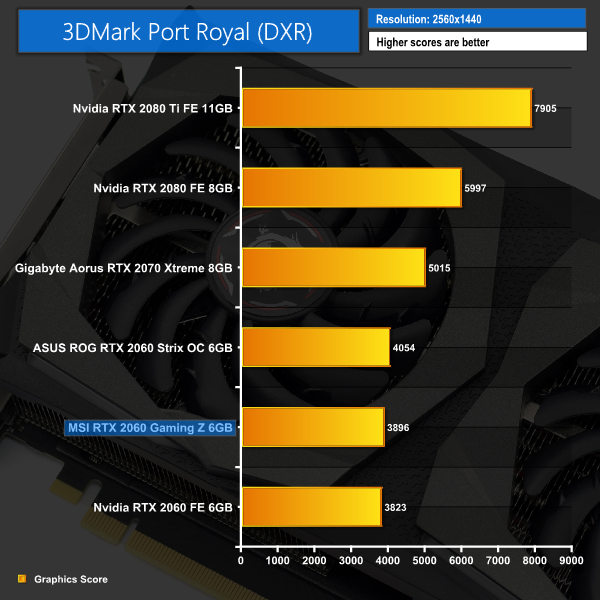 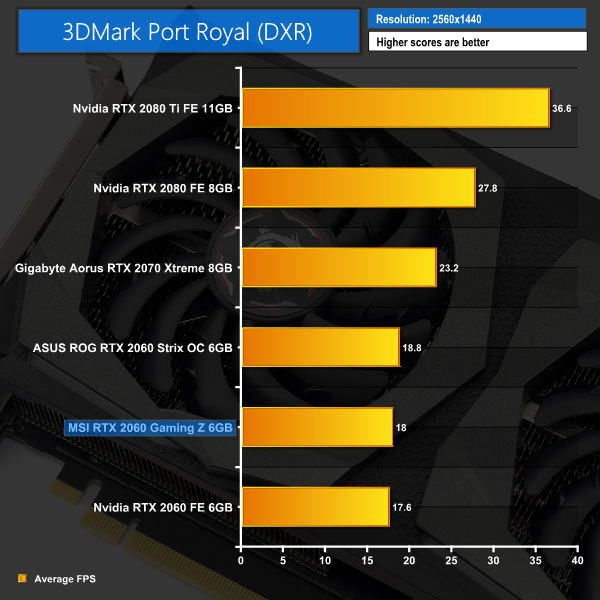 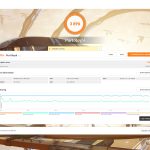 Here we have a new addition to our benchmarking suite – the newly announced 3DMark Port Royal, designed specifically as a ray tracing benchmark. We don’t have as many cards for comparison here, but we can still see the same trend carry over from Fire Strike and Time Spy – that the Gaming Z slots neatly in between the RTX 2060 Founders Edition, and the ASUS Strix model.