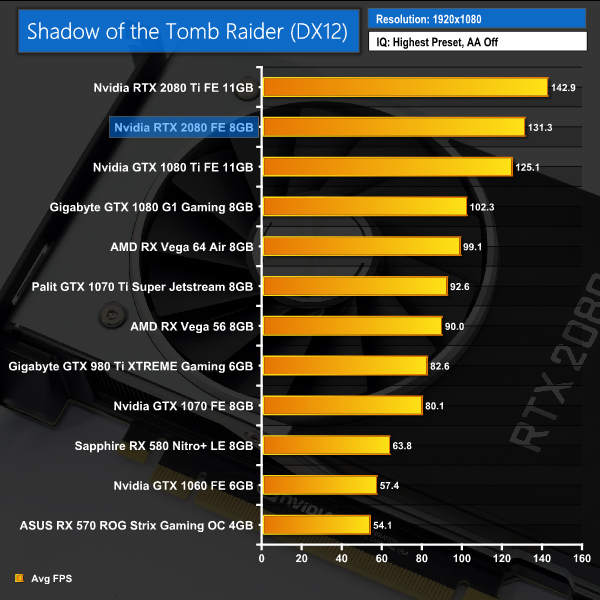 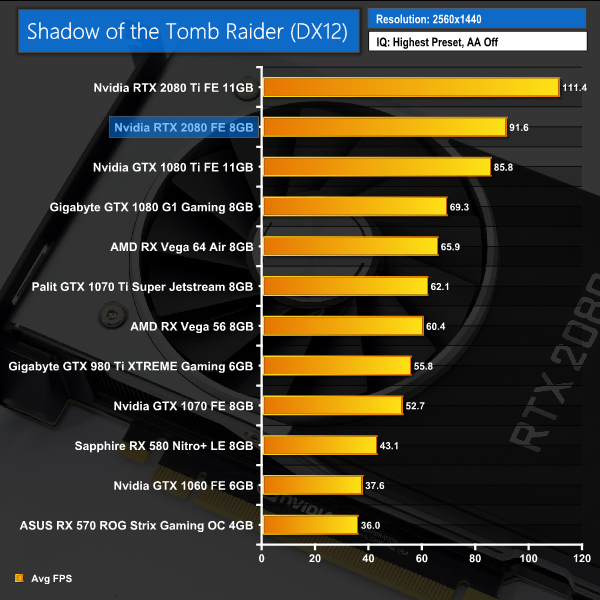 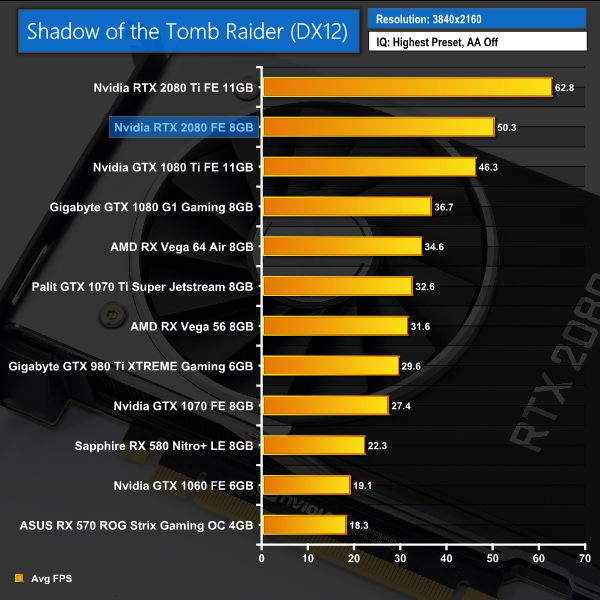 Our newest game to join the roster, Shadow of the Tomb Raider shows a slim but healthy lead for the RTX 2080 over the GTX 1080 Ti. Its lead is exactly 4FPS at 4K, while the average figure of 50.3FPS at 4K is also impressive when taken on its own.