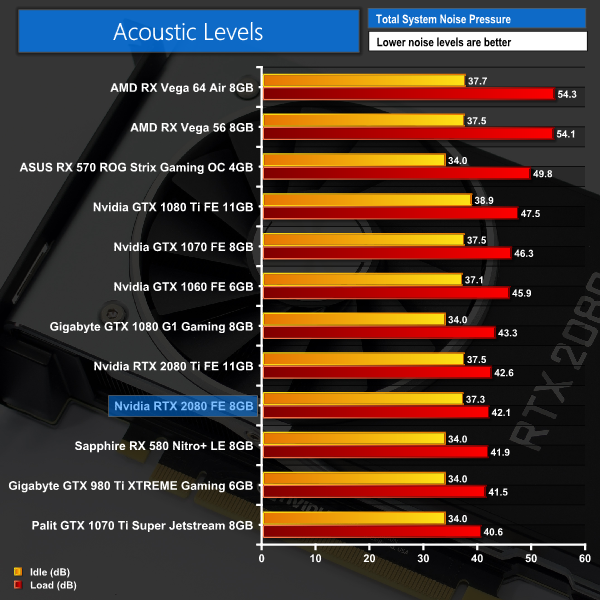 Following on from the impressive temperature testing, how about the noise emissions of the Founders Edition RTX 2080! It’s the quietest reference card we’ve ever tested, coming in even quieter than the triple-fan Gigabyte G1 Gaming GTX 1080 as well – an aftermarket card. Nvidia’s decision to ditch the blower-style fan in favour of the dual axial fan setup has clearly reaped dividends – the typecast of reference cards as being noisy is certainly over.

Things could be better, though – and I am talking about having a fan-stop mode, where the fans stop spinning under light loads. With the RTX 2080, the fans spin no matter what. It’s obviously a lot quieter while idling than when gaming, but I am certain these coolers could get away with a fan-stop mode when under idle or low load situations. It could even be something added in later by Nvidia with a driver update.