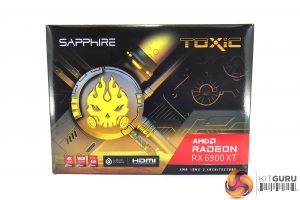 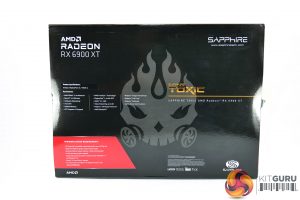 The Sapphire Toxic RX 6900 XT ships in a large black box, with prominent Toxic branding visible on the front. On the back, there’s more branding as well as some key specs of the GPU. 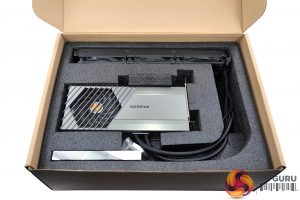 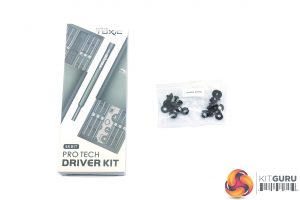 Inside, the graphics card and AIO cooler come very well packaged in a thick foam surround. My sample shipped direct from Taiwan and arrived in perfect condition.

Sapphire includes a nifty screwdriver toolkit, which is a nice touch, while we also get a small assortment of screws used for mounting the radiator to the chassis. 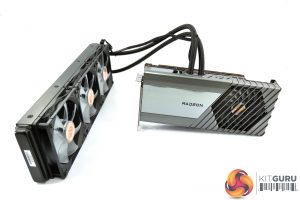 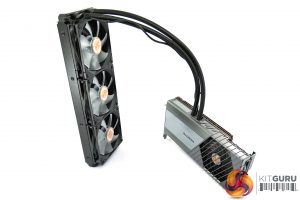 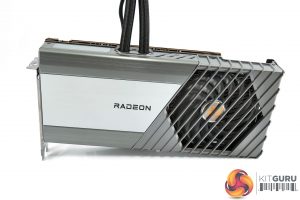 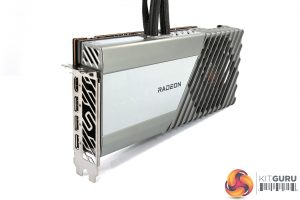 The card itself is quite striking, and it’s quite hard to miss with the 360mm AIO attached to it. Sapphire has gone for a hybrid approach, with the AIO responsible for the cooling of the GPU die, while an internal heatsink with two heatpipes – plus a 100mm fan – deal with the VRM and memory modules.

In terms of the shroud, Sapphire is using a combination of aluminium and plastic, and it feels very solid in the hand. The 100mm fan is covered by a series of vents which certainly draws the eye. 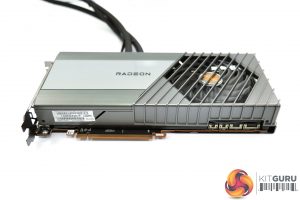 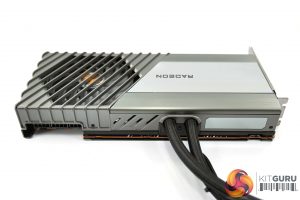 As for dimensions, the graphics card measures 268.77 x 130.75 x 44.07mm, so by modern standards it is actually pretty compact. That is, until you consider you also need room for a 360mm radiator in your chassis… 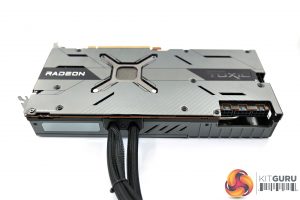 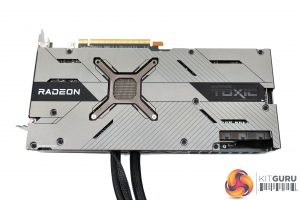 On the front side, the two radiator tubes extend away from the card. We can also note the BIOS switch towards the I/O bracket – by default, the Toxic uses the Performance BIOS, but users can switch to the Quiet BIOS as well. A third position on the switch lets you change BIOS modes directly from the TriXX software. 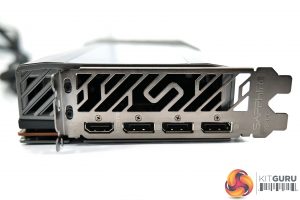 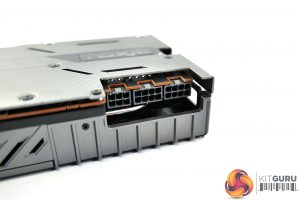 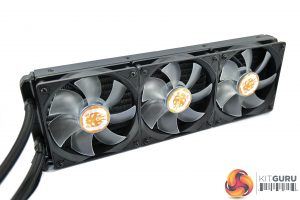 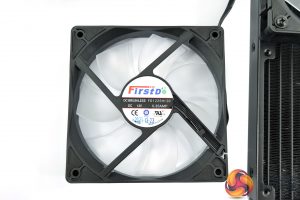 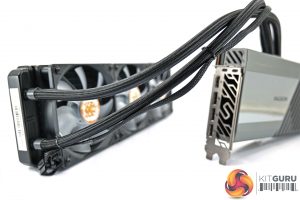 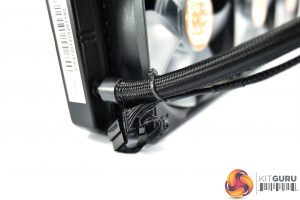 Out of the box, these fans are installed to the underside (or tube-side) of the radiator, with all three fan cables contained within a single sleeved cable running alongside one of the AIO tubes to keep things tidy. This area of installation implies the unit is designed to be installed in the roof of the chassis, with the fans acting as exhausts.

If this doesn’t work for you, it is possible to remove the fans and put them on the opposite side of the radiator, allowing the radiator to be front-mounted with the fans acting as intakes. The only slight hiccup here is that by removing the fans, the cables do get slightly more untidy – by default, they are neatly routed along the frames of the fans themselves, but this isn’t possible when installing the fans on the reverse side of the radiator. 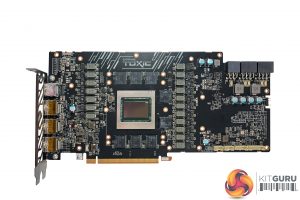 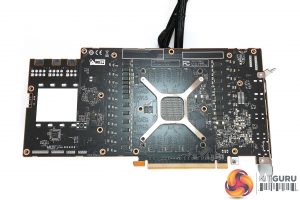 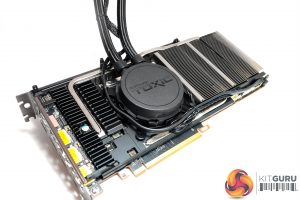 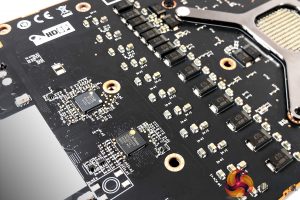 Images above, of the PCB and cooling solution, provided by Sapphire.

Coming to the PCB, Sapphire asked us not to disassemble the Toxic graphics card as we would usually do, likely because review units are limited (and expensive) and we could potentially affect thermal performance or rip thermal pads etc.. Instead, Sapphire provided its own photos of the PCB and cooling solution.

For the cooling, Sapphire utilises a die-cast heatsink with two heatpipes, and this cools the memory and VRM, with airflow from the 100mm fan on the card itself.