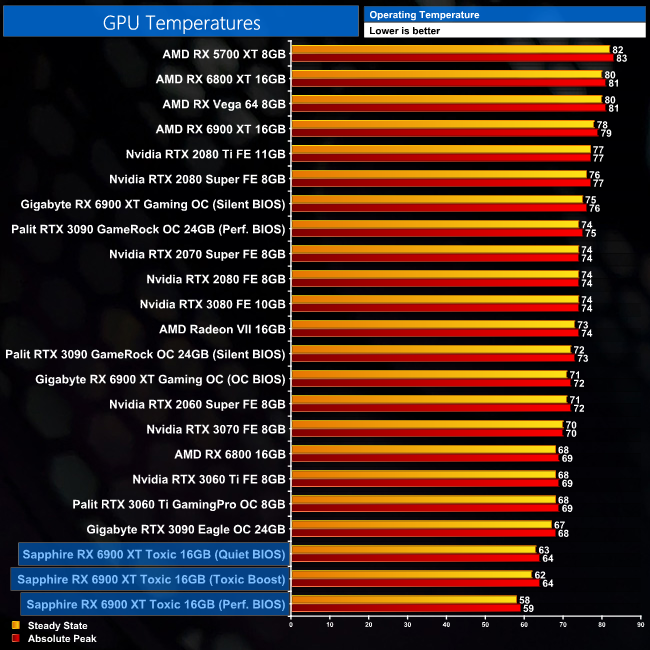 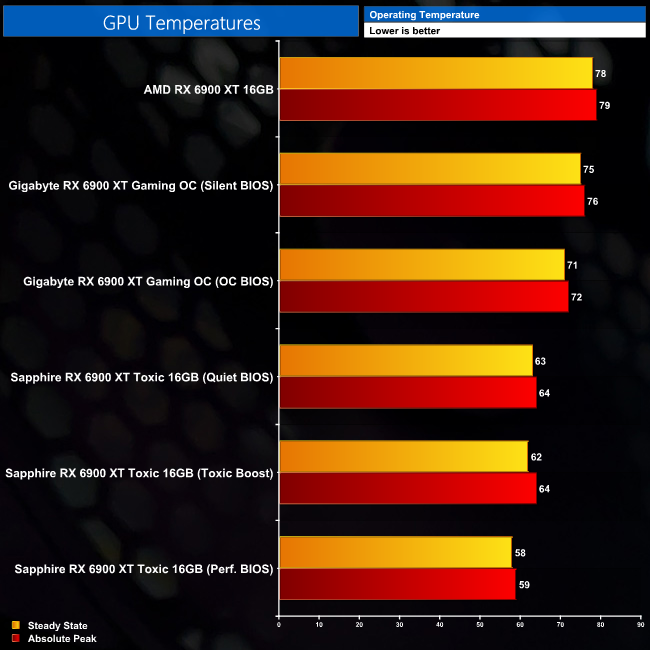 In terms of thermals, it’s hardly a surprise to see the Toxic offering sub-70C operating temperatures regardless of the BIOS used. The Performance BIOS gives the lowest temperatures, as a result of its increased fan speed, while the Quiet BIOS is the hottest-running option as it significantly decreases fan speed. Toxic Boost is still hotter than the Performance BIOS as a result of its increased power limit and operating frequencies.