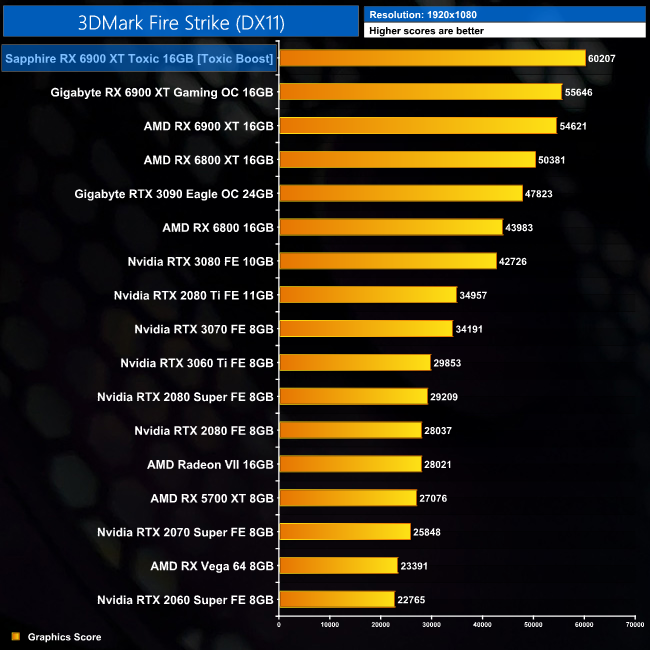 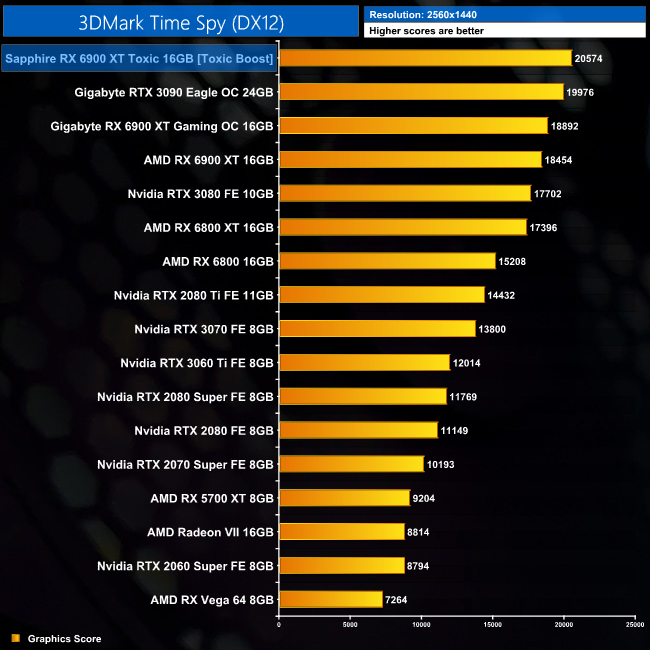 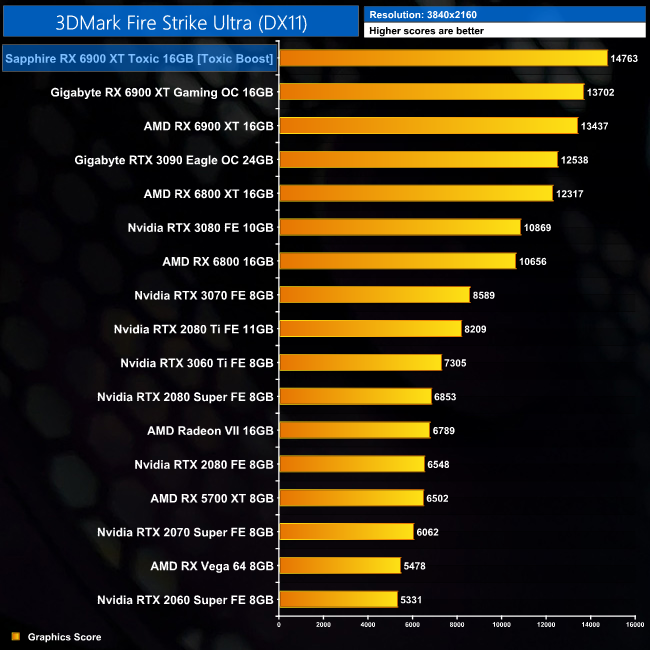 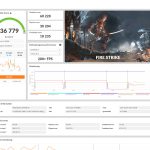 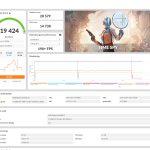 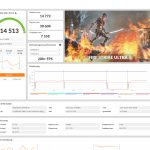 Kicking off with 3DMark, we can immediately see sizable performance gains for the Toxic when compared to AMD’s reference card. It’s 10% faster in both Fire Strike and Fire Strike Ultra, and 11% faster in Time Spy. It’s also faster than the RTX 3090 in all three benchmarks.