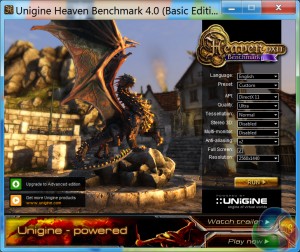 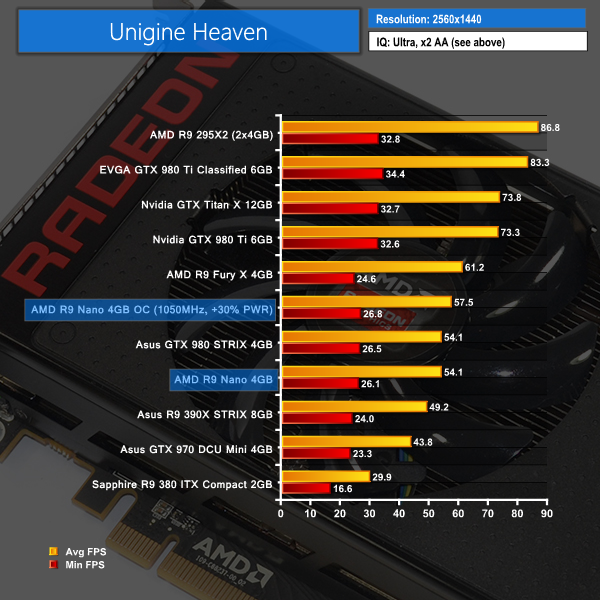 With Unigine Heaven running at a 1440P resolution, not 4K, the stock-clocked R9 Nano is able to match the performance of Asus' factory-overclocked GTX 980 STRIX. 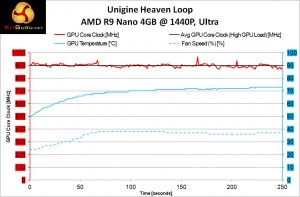 The AMD R9 Nano's average core clock speed for the roughly 250 second run of Unigine Heaven was around 900MHz when using the default card settings. In this usage case, power delivery limits seem to be the primary driver for PowerTune core clock management, as the GPU temperature remained below 75°C.