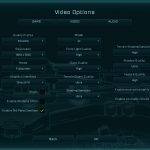 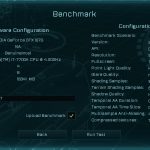 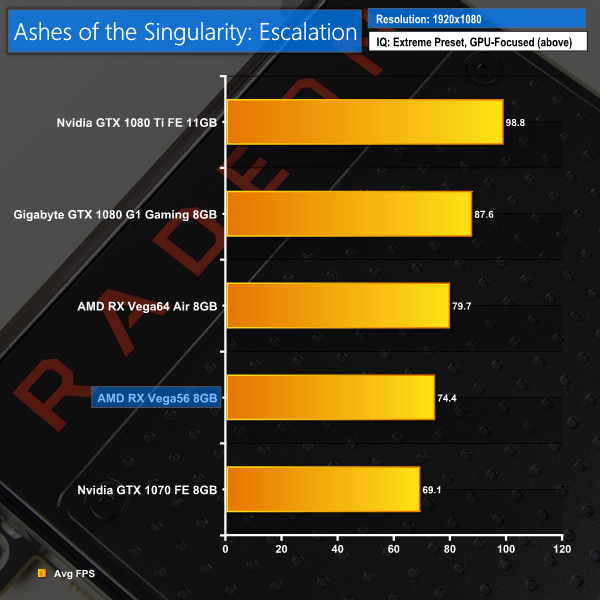 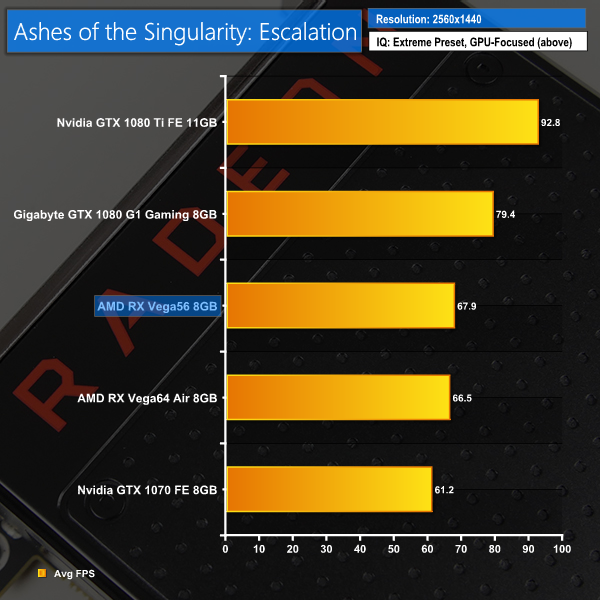 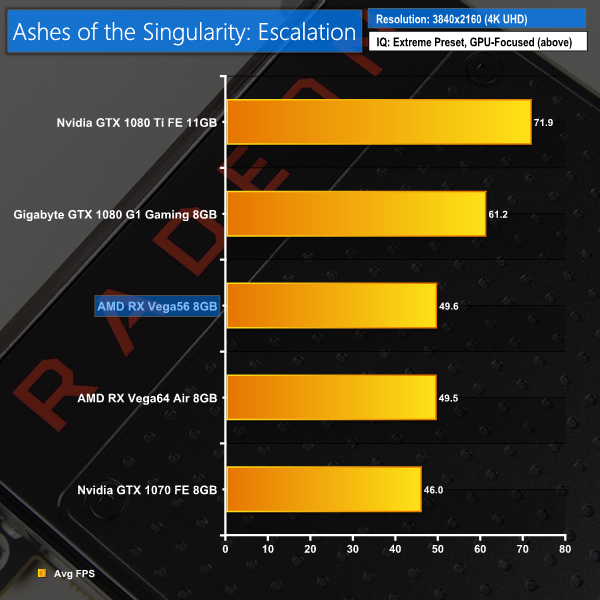 Ashes shows some interesting results, with the Vega56 repeatedly outperforming Vega64 at higher resolutions. The slightly lower average boost clock speed and fewer GPU cores of the Vega56 are likely allowing the card to maintain that boost clock speed better than the Vega64 can.

Either way, RX Vega56 puts in a strong showing against the GTX 1070 FE by comfortably outperforming Nvidia’s offering at all resolutions.