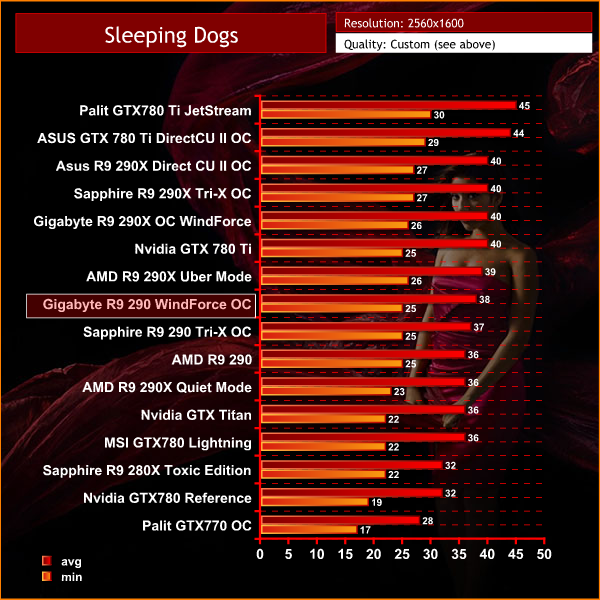 This is a very demanding engine at these settings, although the overclocked R9 290 manages to maintain a 25+ frame rate at all times.