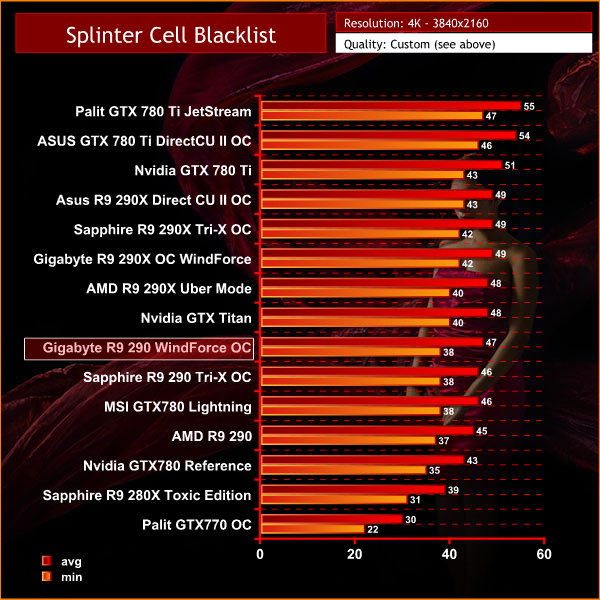 Splinter Cell Blacklist looks great at Ultra HD 4K, and the Gigabyte R9 290 WindForce OC has enough power to maintain a +35 frame rate throughout the test.

Laptop versions of the RTX 30 series are on the way according to new leaks.