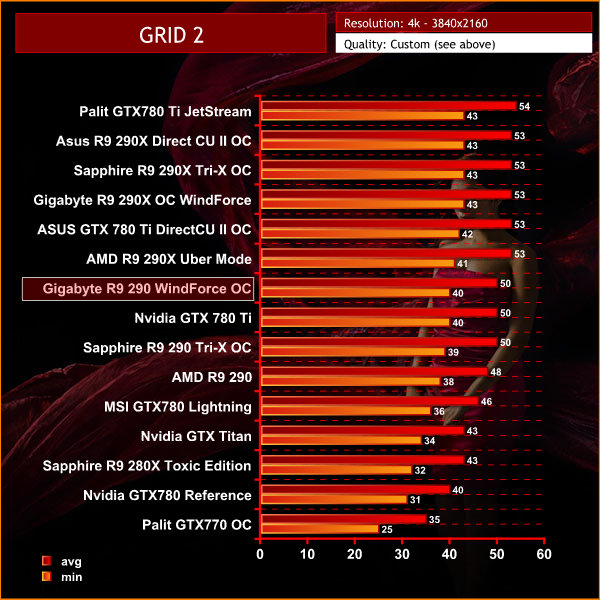 If you are lucky to have an Ultra HD 4K monitor then you can expect a 40+ frame rate from the Gigabyte R9 290 WindForce OC, at these settings.