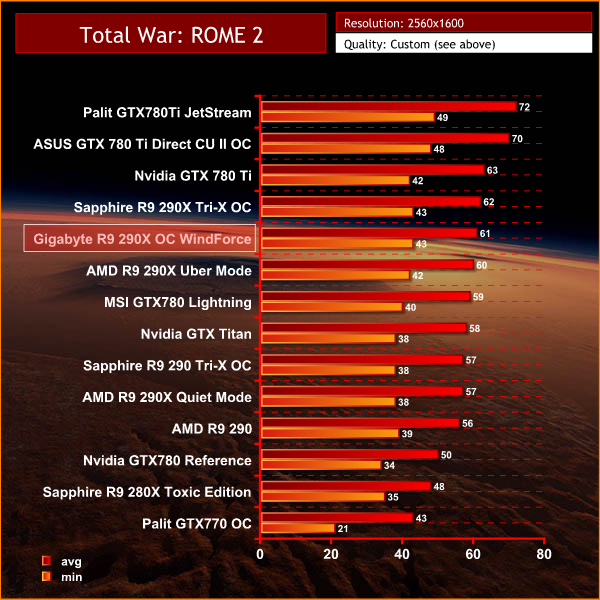 Total War ROME 2 runs well on the R9 290 hardware, averaging just below 60 frames per second at these settings.