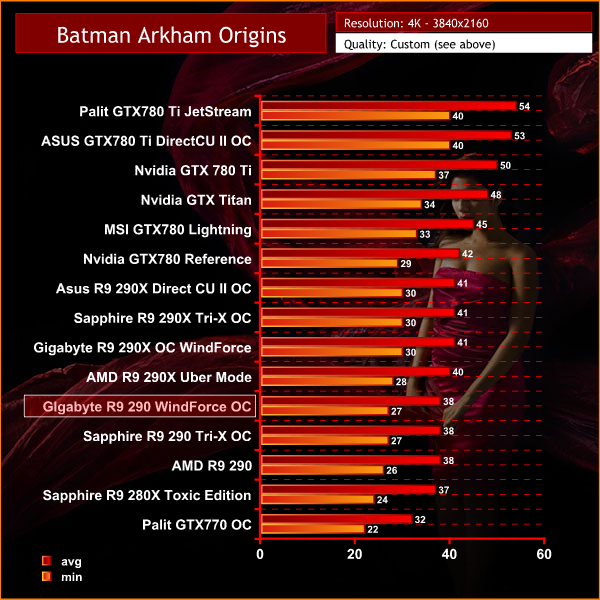 One of the best looking games, designed for Ultra HD 4K resolutions as evidenced by the textures and detail. It is a very taxing engine at these settings however, averaging 38 frames per second, and dropping a couple of times to 27 frames per second.