We test at Ultra HD 4K with the high image quality profile, shown above. 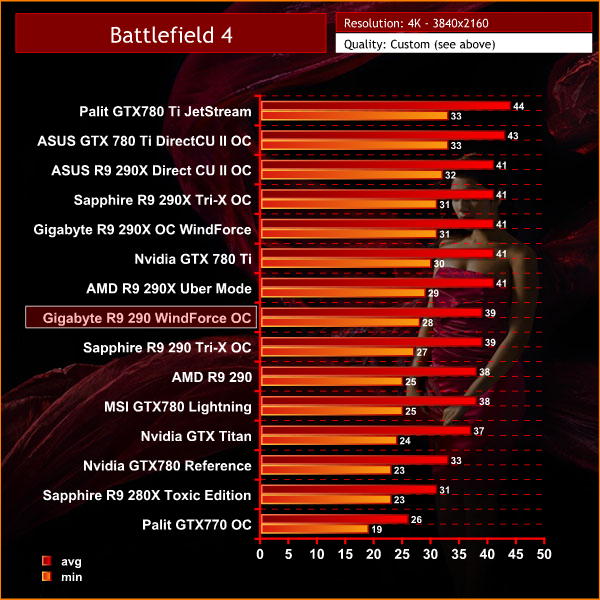 Playable, although some people may want to reduce the image quality settings a little to push the frame rate above 30 at all times.