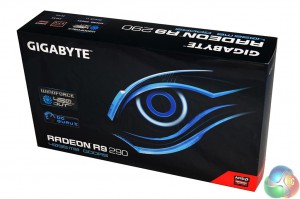 We received our sample straight from Gigabyte HQ in the Far East. It shipped in a full retail box, but is missing the accessories. 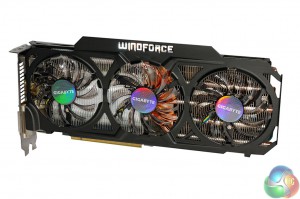 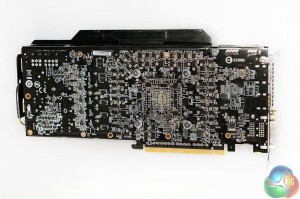 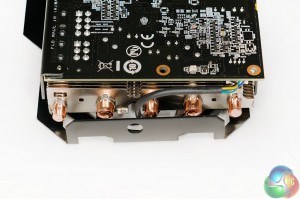 If we look at the edge of the card, we can see the five copper heatpipes run the full length of the PCB. 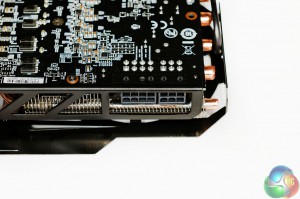 The R9 290 takes power from a single 6 pin and a single 8 pin power connector. This is the same as the reference AMD R9 290 solution. 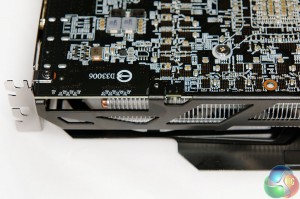 There is no Crossfire connector on the R9 290 WindForce. The 290X and 290 offer Bridgeless Crossfire capabilities. In the picture above you can see a BIOS switch however unlike the 290X, this switch doesn’t change any settings. Those who have read our previous editorials will already be aware that the BIOS switch on the 290X would shift between a 40% and a 55% maximum fan profile. 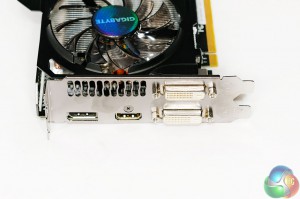 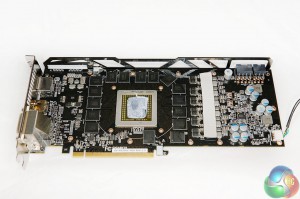 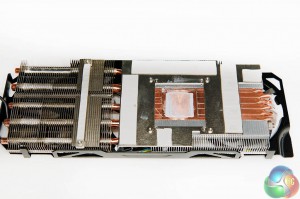 Above, we can see the Gigabyte R9 290 disassembled. They are using a direct touch cooler, with five thick heatpipes running straight along the full length. 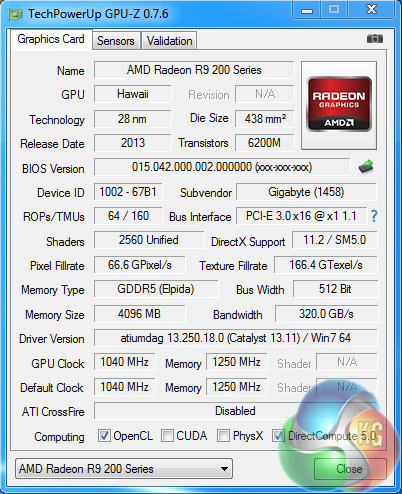 Above, an overview of the Gigabyte R9 290 WindForce OC. The Hawaii CPU is built on the 28nm process and has 64 ROPS, 160 Texture units, and 2,560 Stream processors. The 4GB of GDDR5 memory is connected via a wide 512 bit memory interface. Gigabyte have overclocked the core to 1,040mhz.