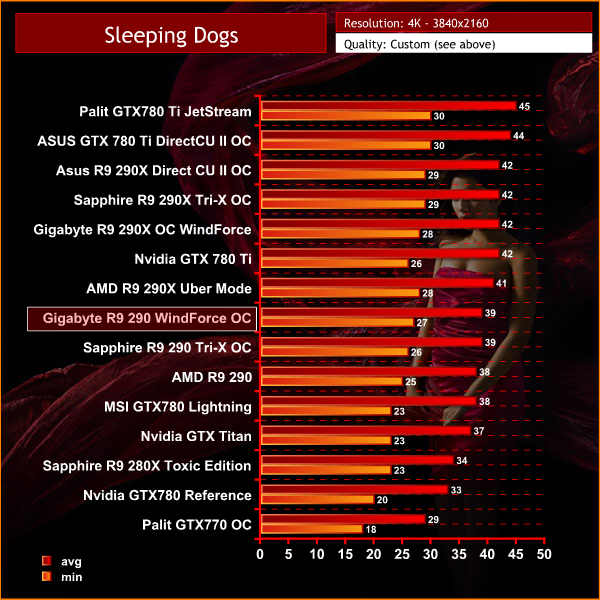 As we reduced the image quality settings a little, we are still able to maintain smooth frame rates at all times, although if you want 30+ at all times then an overclocked GTX 780 Ti would be the best option.