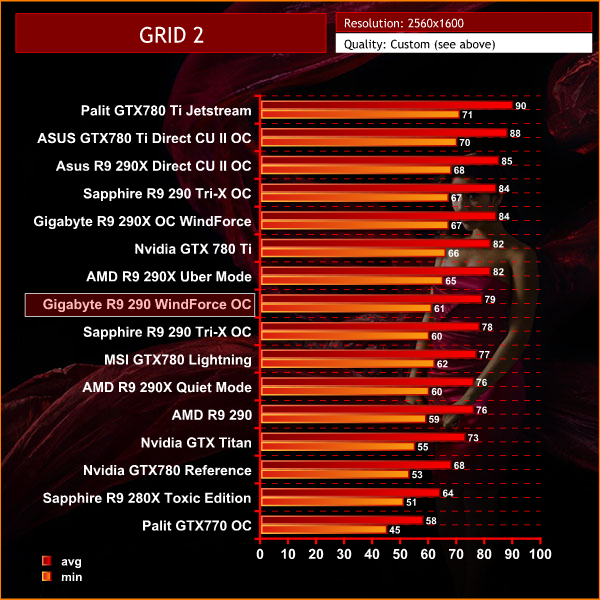 Until the GTX780 Ti was released, AMD held the top positions in this chart. That said, the Gigabyte R9 290 WindForce OC scores well in this benchmark, holding an average frame rate around 80.