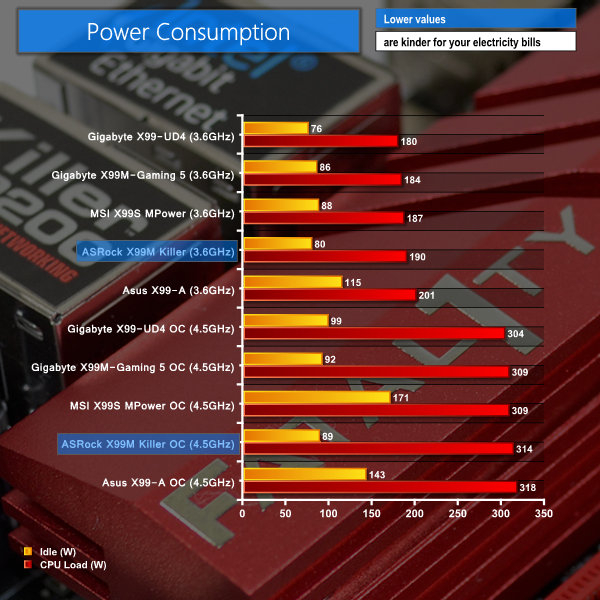 ASRock’s use of Intersil’s ‘hybrid’ PWM controller leads to excellent power consumption numbers when the system is at idle. The controller’s proportion of analogue components are able to rapidly reduce system voltage in order to lower the energy usage.

At load, however, ASRock’s X99M Killer is not quite as efficient as its Gigabyte mATX competitor. That said, the 5-6W difference is unlikely to make an impact on most users’ energy bills.