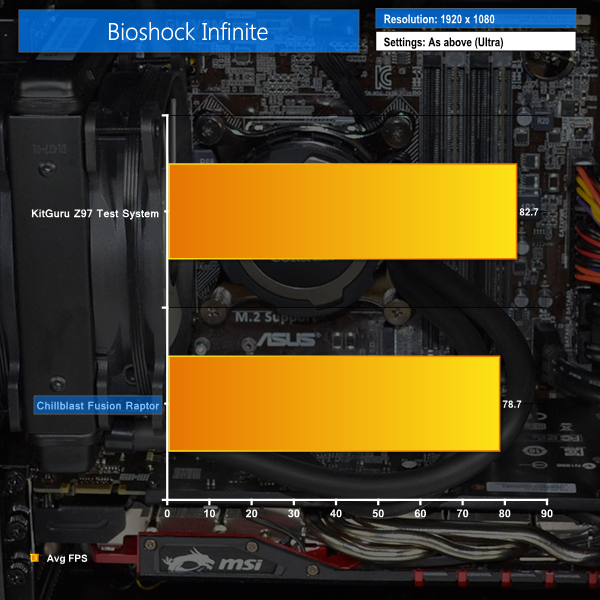 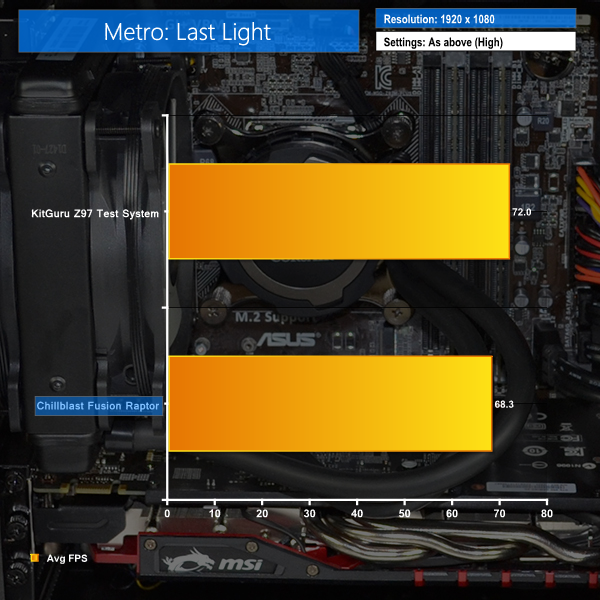 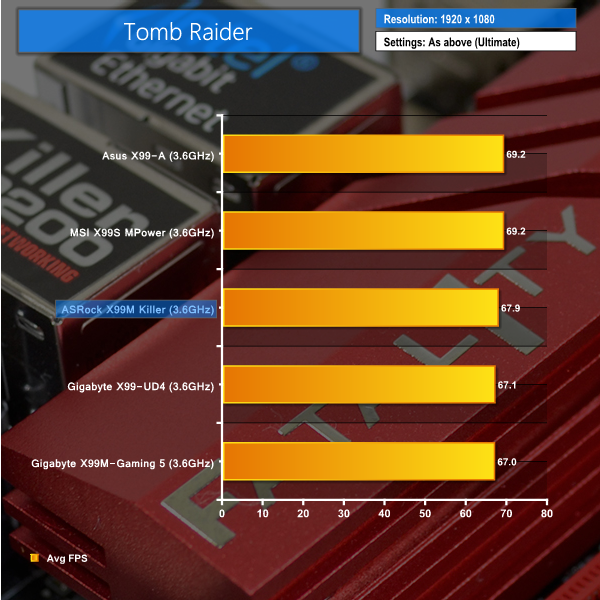 Gamers will be pleased by the strong frame rates set by ASRock’s X99M Killer in Metro: Last Light and Bioshock Infinite. Tomb Raider proves a little less favourable on the ASRock board, demoting it to third place in the performance hierarchy and opening a 1.3 frame deficit over the Asus and MSI leaders.

Many games show little benefit from increased CPU frequencies, and this is no different for the 10% increase in CPU cache speed that is applied by ASRock’s MCE setting.