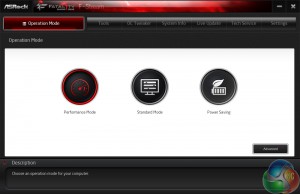 ASRock's F-Stream software for its Fatal1ty series motherboards is practically equivalent to the A-Tuning software found on the vendor's channel parts.

There are three system modes designed for different operating scenarios. We opted for the Performance mode. 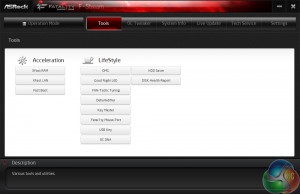 ASRock includes a number of tools in its A-Tuning software suite. 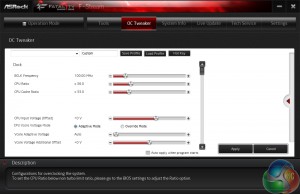 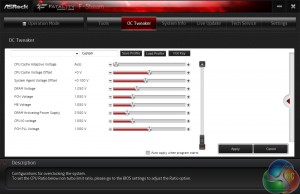 Overclocking settings and parameters can be tweaked via the software, in an OS environment. 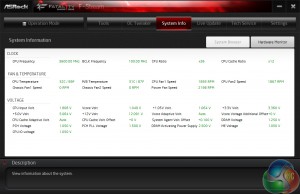 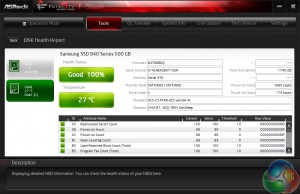 Readings relating to system parameters such as voltages, frequencies, and fan speeds are outlined in the System Info page.

The health and other general statistics relating to a storage drive can be read via one of ASRock's tools. 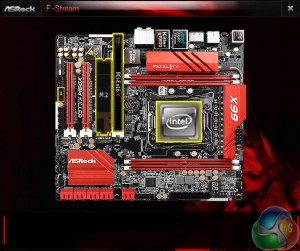 ASRock also puts its convenient Board Explorer tool in the A-Tuning software package. 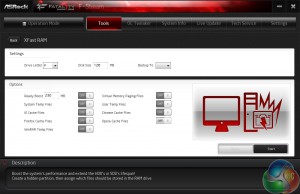 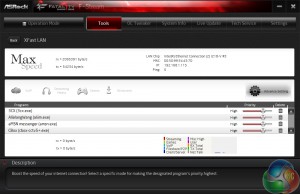 XFast RAM can be used to create RAM drive, while XFast LAN gives users the opportunity to control their network bandwidth allocation (much like Killer's Network Manager software). 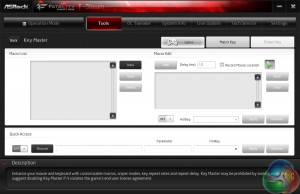 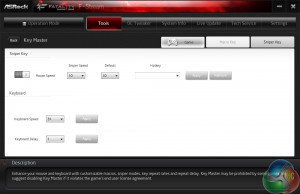 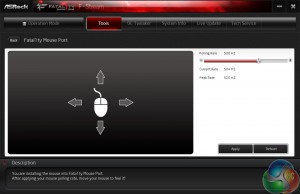 Fatal1ty Mouse Port gives gamers the ability to control the polling rate of their mouse. While this a fair inclusion, most gaming mouse software will provide similar functionality. 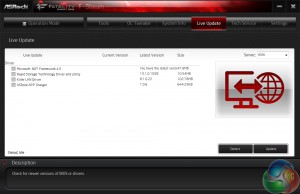 Live Update is well-implemented by ASRock and is more convenient than trawling through a website full of drivers. 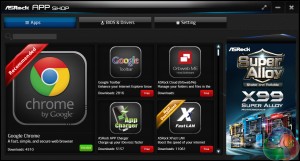 App Shop can be used to download new software, including some pieces from external companies, such as Google.

ASRock also includes 1-year subscription to Orbweb.ME (worth $50) which will be welcomed by users who opt for cloud storage.