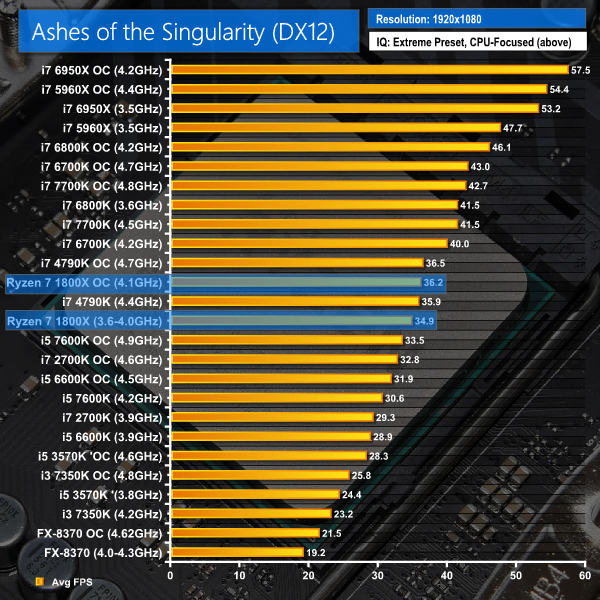 This result is surprising. Ashes of the Singularity is a very well multi-threaded benchmark, as indicated by the Haswell-E and Broadwell-E performance figures for Intel. All of Ryzen 7’s threads were pinned to around 80% load when overclocked, which is a similar value to the 5960X at 4.4GHz.

Ashes is simply indicating that Ryzen 7 gaming performance, even when the engine is heavily multi-threaded, is not as strong as Intel on a core-for-core basis. 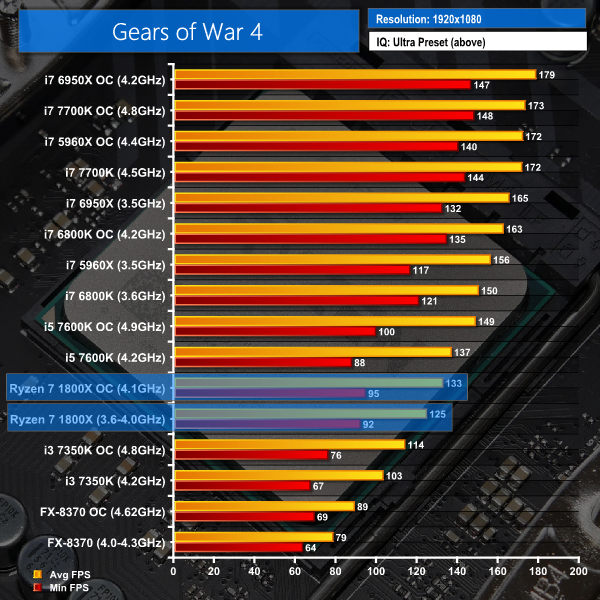 Gears of War 4 and its DX12 operating mode place Ryzen 7 1800X performance within around 10-15% of Kaby Lake Core i5-7600K. The 1800X can push more than 120FPS average at both stock and overclocked speeds, while also keeping minimums above 90FPS.

In isolation, this is good gaming performance from the AMD chip but when compared to Intel’s modern Core i7 processors, there a noticeable performance gap. On average, the £400 i7-6800K is 20% faster at stock and 23% faster when overclocked. Move the sights to the 5960X and Intel’s $1000 chip is 25% faster than Ryzen 7 1800X at stock and 29% quicker when both are overclocked.

If Gears of War 4 is the type of game that you want to run at a high refresh rate, the Ryzen 7 1800X will do just that. However, the Broadwell-E and Skylake-based chips will do it better, keeping minimums and averages well above 1800X levels. 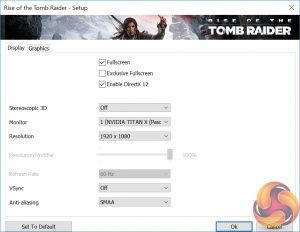 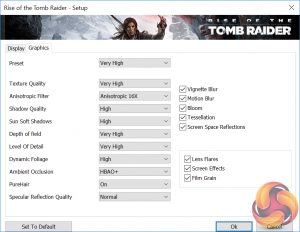 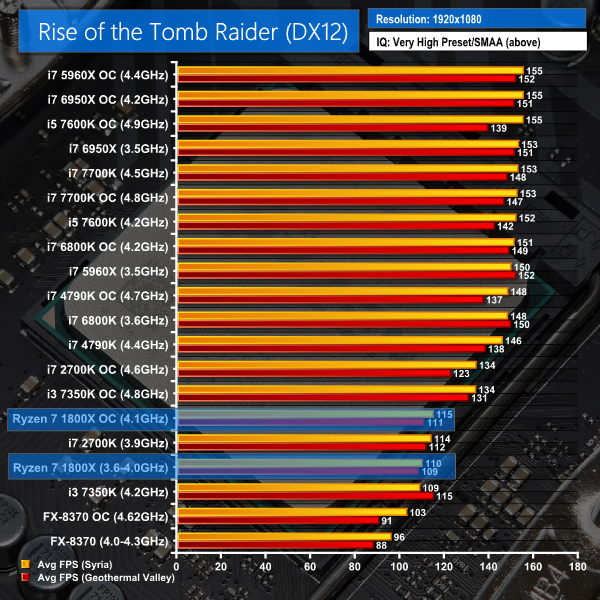 ROTTR in its DX12 mode is proficient at balancing load across Ryzen 7’s 16 threads though it does like to pin a thread or two at very high loads (90%+). This loading was significantly higher than what was observed for the 8C16T 5960X and seemed to materialise as a limiting factor for game performance.

Ryzen 7 1800X is around Sandy Bridge i7 2700K performance in ROTTR DX12. The modern i5s and i7s based on Haswell architecture and newer are around 30% (or more) faster than Ryzen 7 on average. This is another disappointment, especially given that ROTTR is a DX12 title that should be able to leverage the high core count of Ryzen 7. 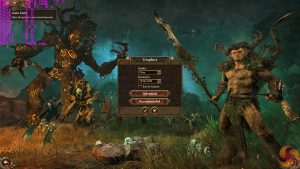 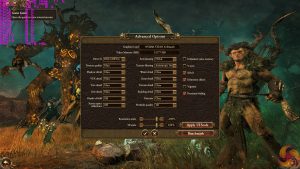 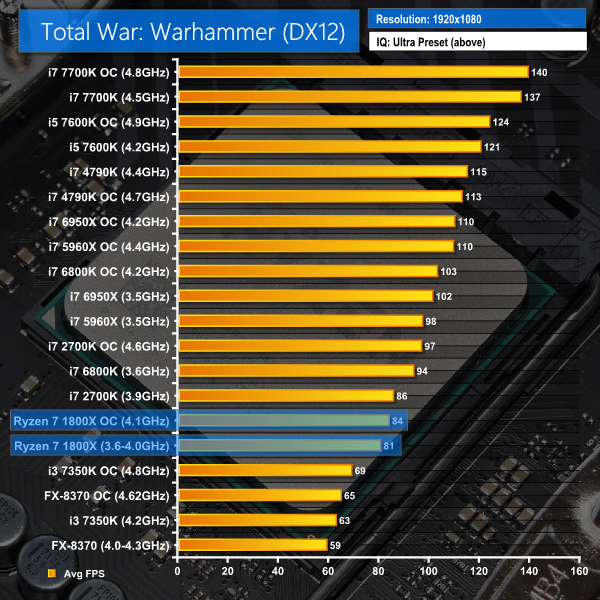 Total War: Warhammer uses a poorly optimised DX12 mode that tries to force data through one or two threads, resulting in at least one thread being locked at 100% utilisation and dictating overall gaming performance. So, by being badly optimised, Total War proves its worth in our results by giving an indication of generalised gaming performance on games that do not effectively scale their load across multiple CPU threads.

Average performance for the Ryzen 7 1800X is slightly below that of a stock-clocked Sandy Bridge 2700K. Only the old FX-8370 performs worse in this game. If you have a desire to drive Total War: Warhammer at a high frame rate, you will be better served by a fast, Skylake-based chip.

Ryzen is a solid gaming CPU in our array of DX12 titles and it’s certainly a vast upgrade over the FX-8370. However, Intel’s modern i7 CPUs are faster than the 1800X and the high-frequency Kaby Lake i5 also beats the Ryzen 7 chip in 3 our of 4 tests.

You can play ROTTR and Gears of War 4 at or around 100 FPS with Ryzen 7 1800X and a Titan X Pascal at Very High or Ultra image quality settings. The Core i7 chips offer more performance headroom, though, so if you are a 120/144Hz+ gamer, they will be better choices than Ryzen 7. Provided you don’t plan on conducting intensive background tasks, such as OBS streaming, that is.