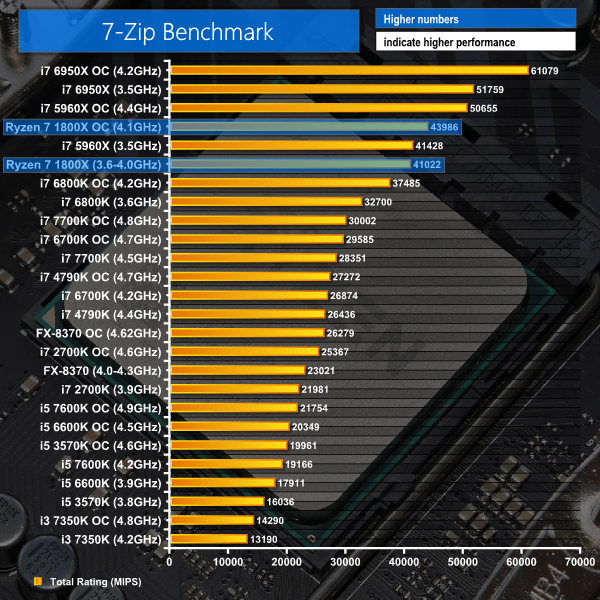 When factoring in price, the 1800X is a compelling option if you have workloads that involve a lot of file compression and decompression. 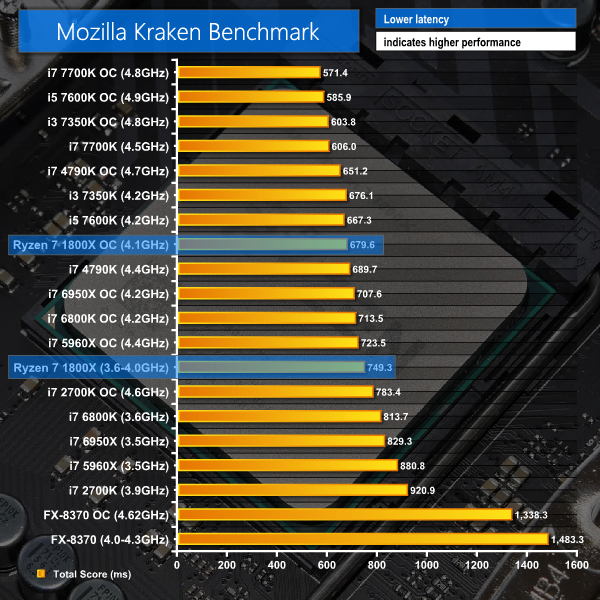 As such, it is absolutely no surprise to see highly-overclocked Intel chips topping the chart, irrelevant of their core count. AMD’s Ryzen 7 1800X puts in a really good show, though, managing to outpace the entire Broadwell-E and Haswell-E comparison stack at both stock and overclocked speeds. 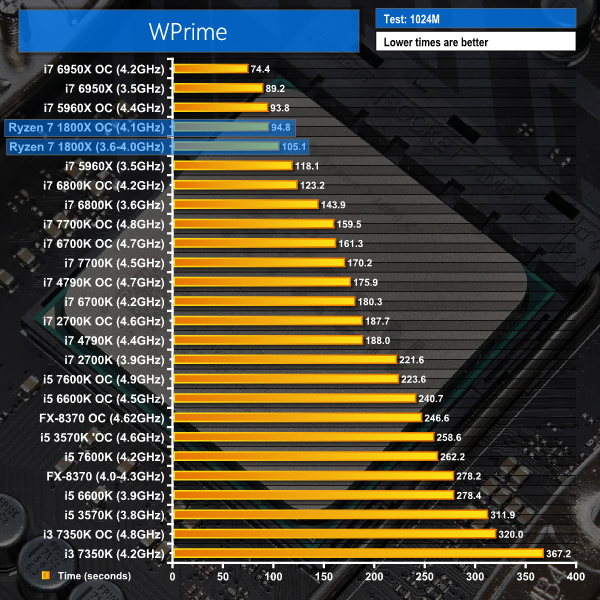 Computationally-intensive calculations will work very well on the Ryzen 7 1800X processor if they can be parallelised across its sixteen threads. Only the 10-core 6950X and higher-clocked 8C16T 5960X manage to outpace the Ryzen 7 1800X configurations in WPrime’s 1024M test.

As was the case with video-centric computational tasks, AMD’s Ryzen 7 1800X continues to display strong performance irrelevant of whether the operation is multi-threaded or cares more for IPC and clock speed.

Mozilla Kraken speaks volumes for the single-threaded performance of Ryzen and WPrime continues to prove the worth of a high core count to software that can parallelise operations. Concern does, however, creep into the frame with the 7-Zip result where the eight-core Ryzen 7 chip starts to look limited on memory bandwidth compared to Intel’s HEDT, quad-channel alternatives.

Refreshing our memory to the <£500 retail price helps emphasise the impressiveness of the computational performance thus far.