We leave the system to idle on the Windows 10 desktop for 5 minutes before taking a power draw reading. For CPU load results we read the power draw while running the Cinebench multi-threaded test as we have found it to push power draw and temperature levels beyond those of AIDA 64 and close to Prime 95 levels. Cinebench has a short run time on high-performance CPUs which has an effect on the validity of the temperature reading, so we run AIDA64 stress test to validate data. 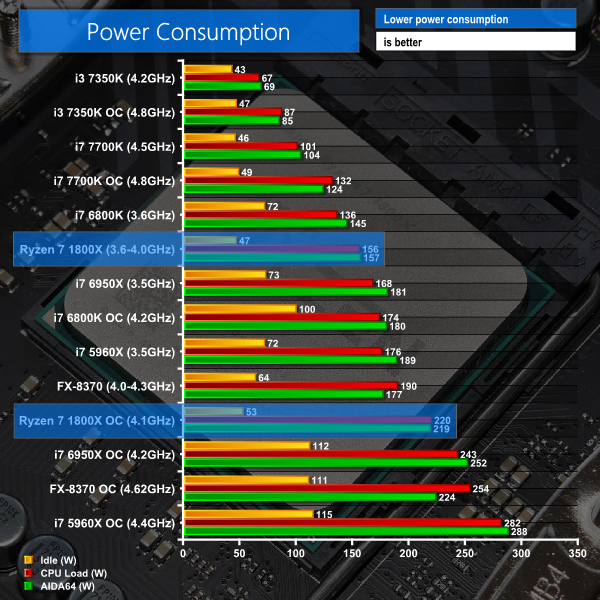 The Ryzen 7 1800X CPU’s power draw numbers are fine. It won’t win any efficiency medals but it isn’t going to ramp up your electricity bill or the thermal energy output into your room, either.

Overclocking the CPU forces a large jump in power drawn by the chip. This also stresses the VRM and can potentially make a more premium motherboard a worthwhile investment. Even when overclocked, the Ryzen 7 1800X draws less power than its performance competitor – Intel’s Core i7-5960X, though this does depend heavily on the voltage applied for a given frequency.

Temperature recordings were taken using the Noctua NH-D14 for the LGA 1151 test system, Cryorig R1 Ultimate for the LGA 2011-3 system, and Noctua NH-D15 for the AM4 system. We use different coolers for speed purposes. Each CPU cooler’s fans were running at full speed. Ambient temperature was maintained at 20°C.

Due to the use of slightly different CPU coolers, our temperature measurements should only be a guideline. Performance differences below around 3°C are small enough to say that cooling results were similar. 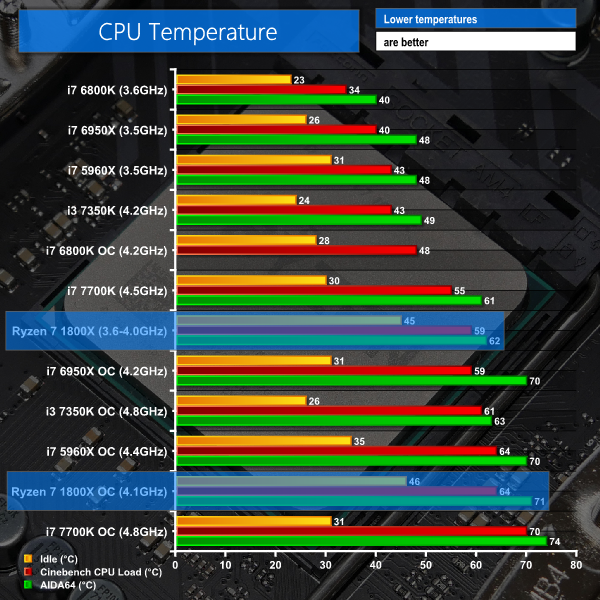 Just like power draw, temperature readings are fine. You are unlikely to push close to the 95°C thermal throttling point when using a premium CPU cooler and sensible long-term voltage level. We could have perhaps pushed a little higher than 1.45V on the CPU overclock though this draws into question chip longevity.

Even when overclocked, the 1800X remained below 80°C throughout our testing when cooling it with the NH-D15.

Clearly the liquid metal thermal interface is functioning correctly in removing heat from the die. 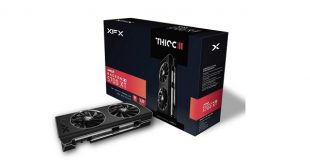