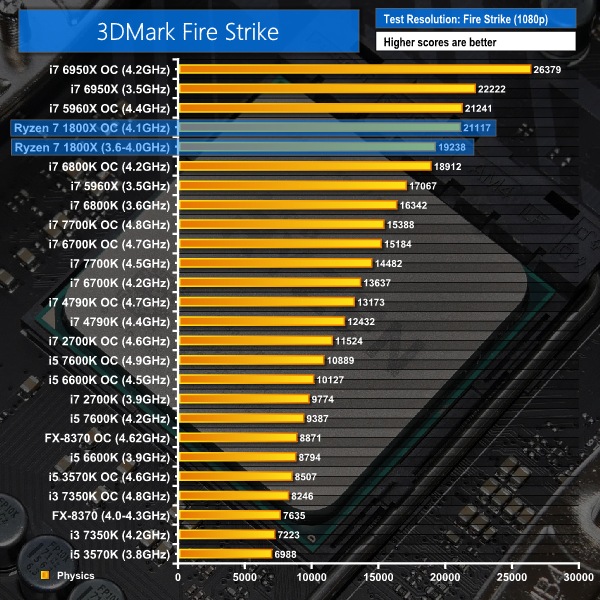 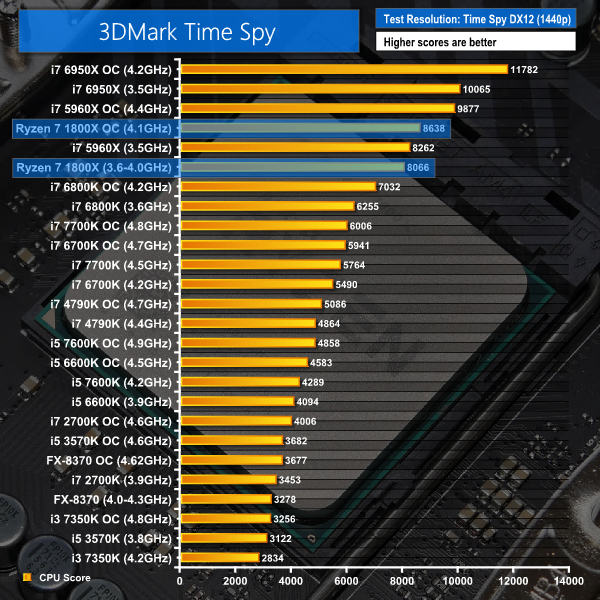 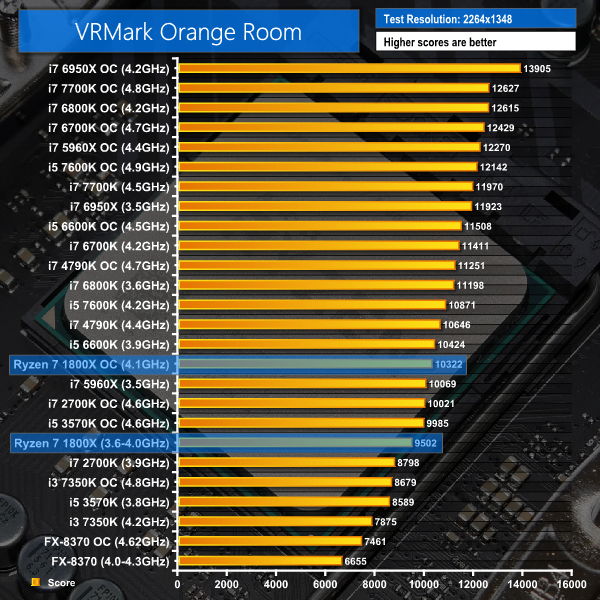 The CPU-related tests in 3DMark scale well across cores and therefore place the eight-and ten-core chips at the top of the chart. This is not, however, necessarily an ideal interpretation of gaming performance in the real world due to differing design strategies for game engines. Overclockers interested in ranking highly on the 3DMark leader-boards (without going crazy with LN2) may want to take note of Ryzen 7 as a value option.

VRMark has an affinity for CPU clock speed and cores but also with IPC thrown into the mix. Ryzen 7 1800X does not perform particularly well in VRMark, though its performance does improve by way of overclocking.