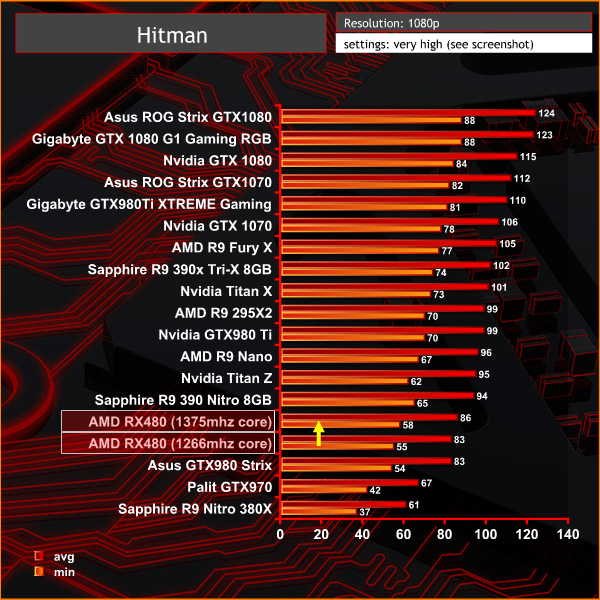 A great gaming experience at 1080p, averaging well over 80 frames per second. This is in GTX980 territory, and clearly ahead of the overclocked GTX970.