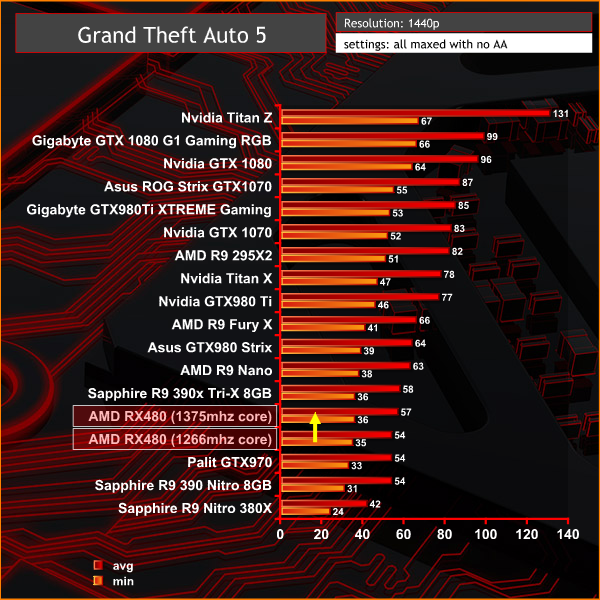 At 1440p the RX 480 matches the GTX970 but holds a slightly better minimum frame rate. When overclocked to 1,375mhz the frame rates increase slightly falling in right behind the Sapphire R9 390X Tri-X 8GB.