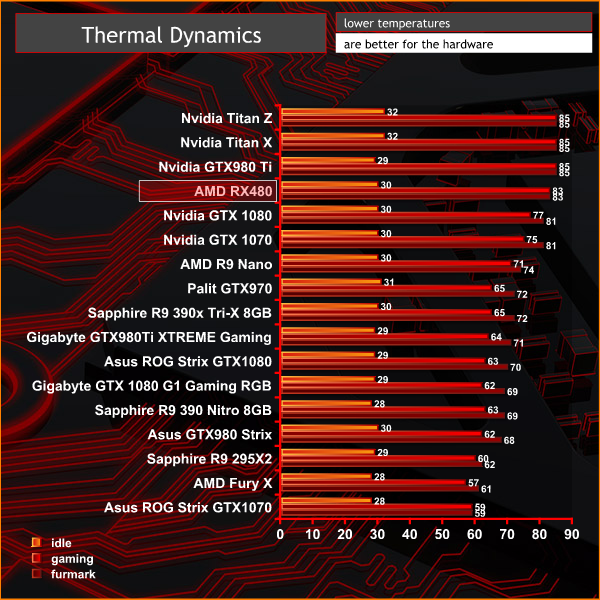 The RX 480 held steady at 83c in our stress tests, with the core speed throttling when running Furmark (varying between 900mhz and 1025mhz). 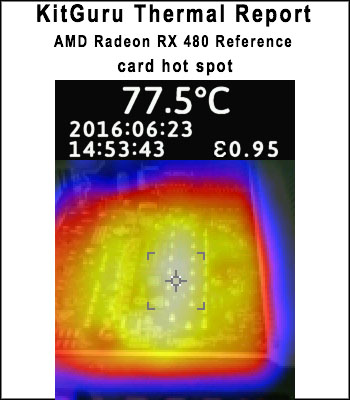 The back of the PCB holds close just below 80c under extended load, which is quite hot. There is no backplate on the RX 480 reference board so we are getting a direct reading from the PCB itself.