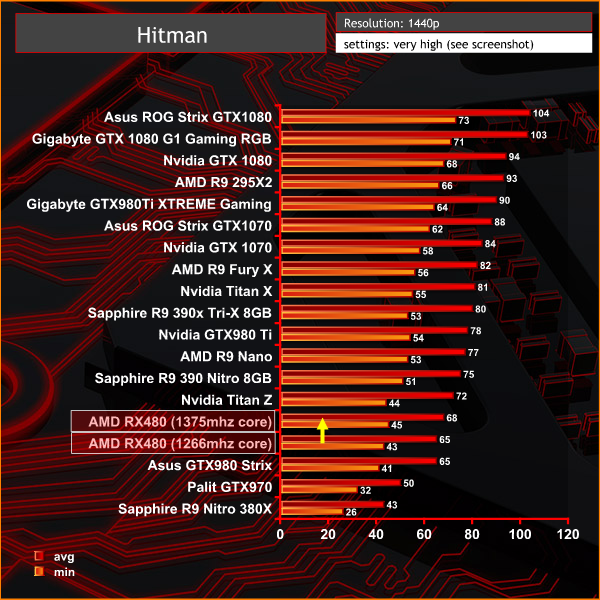 At 1440p the engine starts to prove more taxing for the lower priced cards although we can see the RX 480 is still keeping up with the Asus GTX980 Strix, which is an achievement in itself.