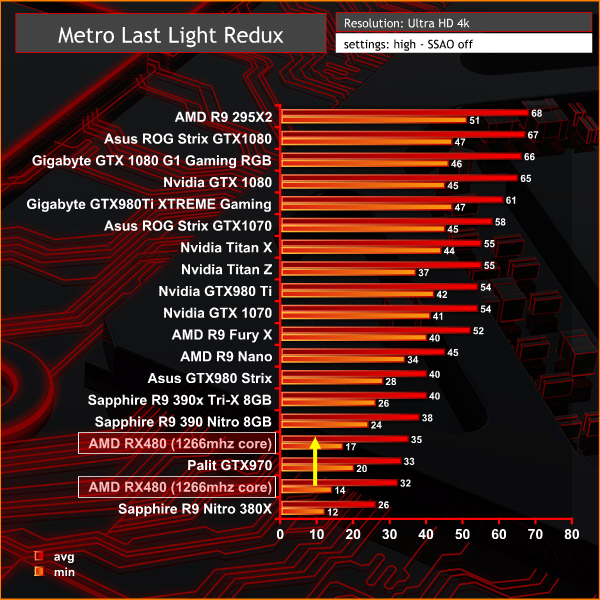 At Ultra HD 4k the RX 480 doesn’t really deliver a good gaming experience, but the same can be said for the GTX970 and 380X. Overclocking helps drive 3 more frames per second from the hardware, but it is still not smooth enough to play.