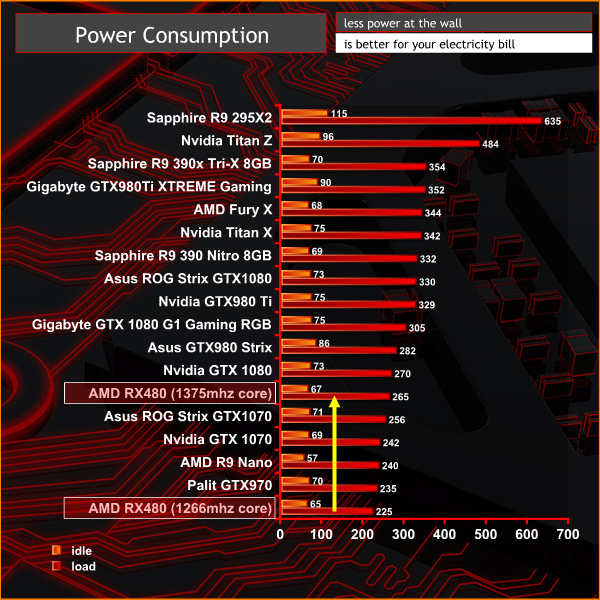 The RX 480 is very power efficient at reference clock speeds with the voltage running as per AMD’s default settings. When we increased the core voltage to the maximum figure in WattMan and overclocked the core to 1,375mhz, the power consumption increased by 40 watts from a system reading of 225 watts to 265 watts. By comparison, the same system with a GTX1080 running at reference clock speeds was consuming only 5 watts more.