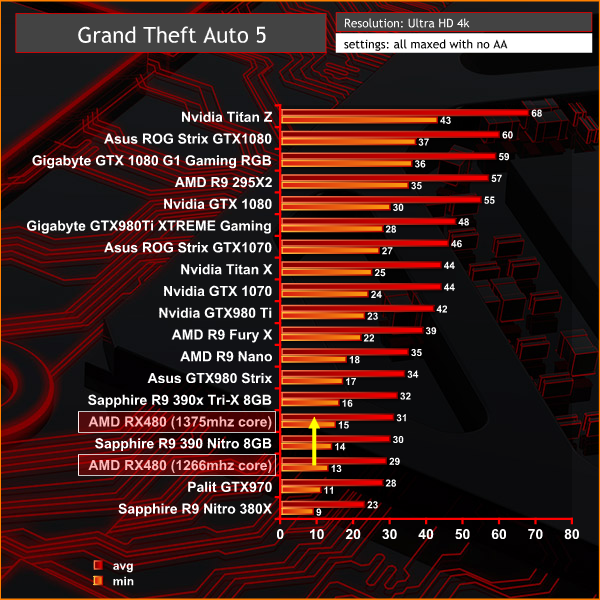 A tough task obviously for a modest gaming card such as the RX 480. Still we can see performance is slightly ahead of the GTX970 and close to the R9 390.