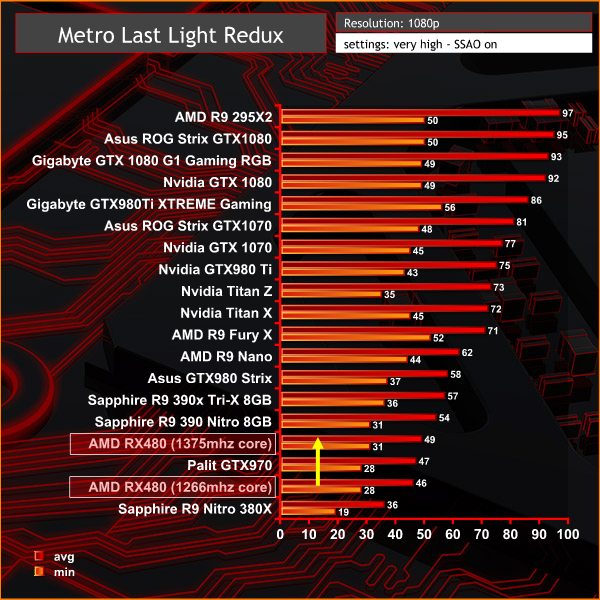 At 1080p the Palit GTX970 pulls ahead by a single frame per second, but the positions swap when the RX 480 is overclocked.