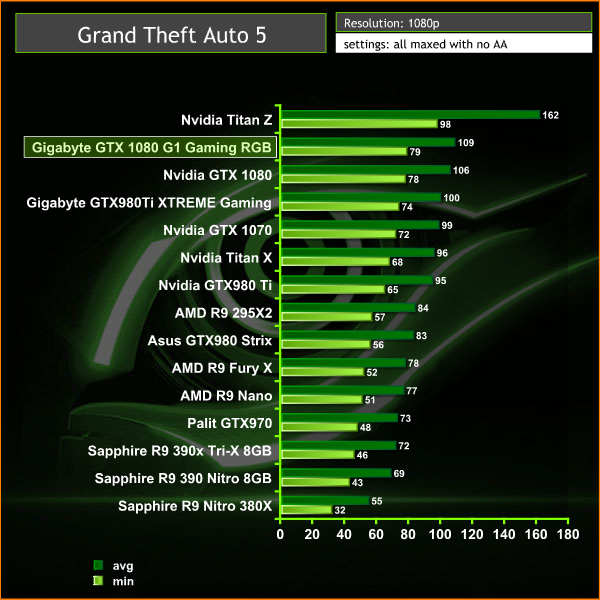 The Titan Z is a great card for Grand Theft Auto V, performance is way ahead of anything else. Still, a 109 average for the Gigabyte GTX 1080 G1 Gaming RGB is very impressive.