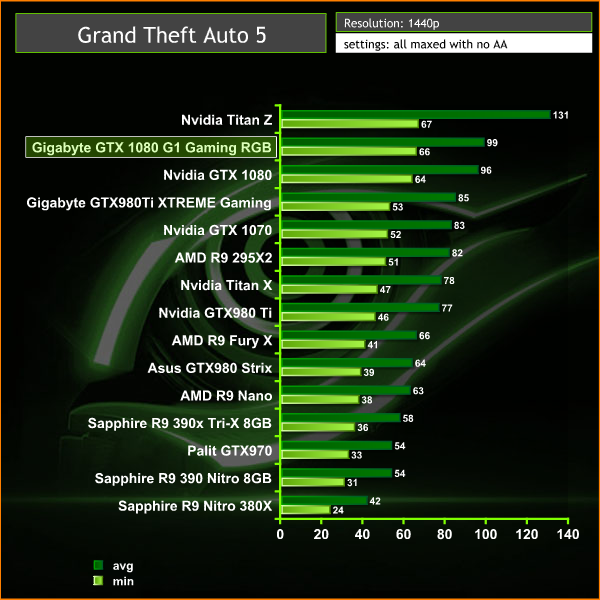 At 1440p the Gigabyte GTX 1080 G1 Gaming RGB holds an average just below 100 frames per second, ahead of the reference Founders Edition card.