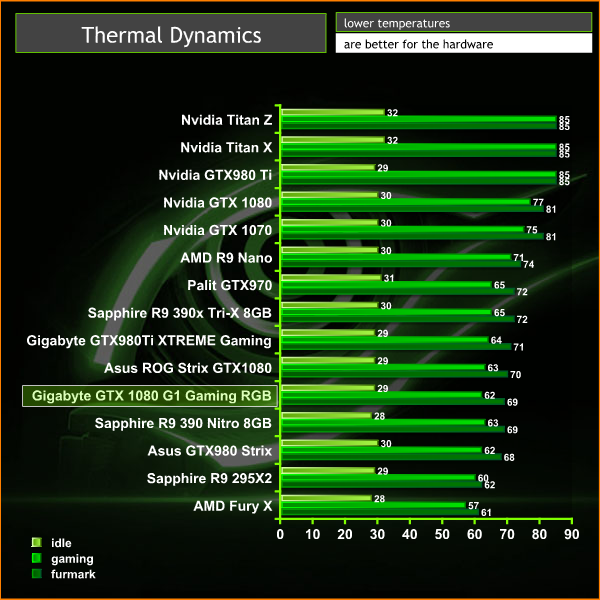 The three fans only start to spin up when the Gigabyte GTX 1080 G1 Gaming RGB is placed under moderate or heavy load. When the temperatures rise to 60c then the fans spin up. 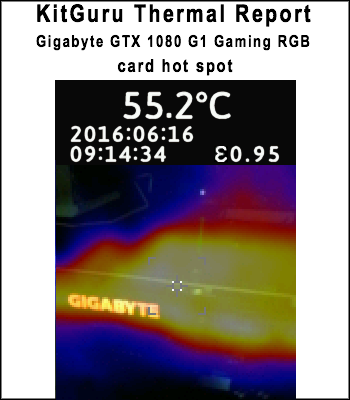 The cooling system is fantastic with hotspots on the card only hitting between 55c and 56c after an hour of gaming.