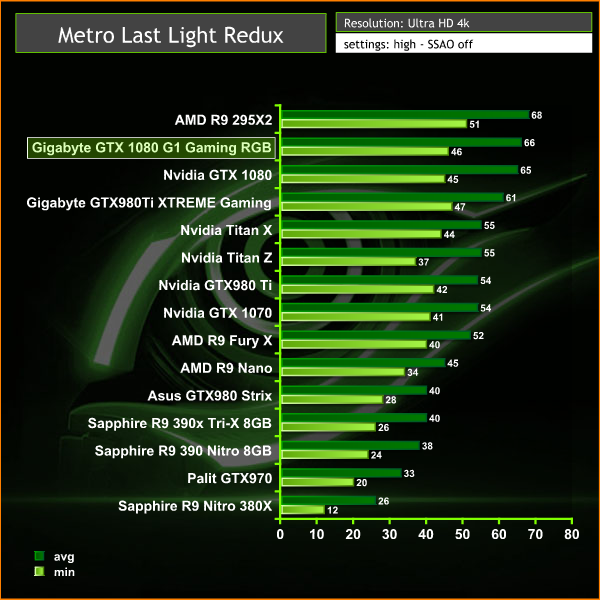 We drop the image quality settings to get acceptable performance with this engine at Ultra HD 4K. The Gigabyte GTX 1080 G1 Gaming RGB averages 66 frames per second at these settings.